In an effort to combat deforestation and global warming, Ethiopia claims to have planted 350 million trees in just 12 hours. It’s not yet verified but if it is, it breaks the Guinness World Record currently held by India, who managed to plant only 66 million trees in 12 hours.

According to sources, they originally only planned to plant 200 million during the 12 hours but exceeded that by more than 150 million. This is just the beginning as they have a goal of 4 billion total trees by October in a revolutionary measure to reforest the land. 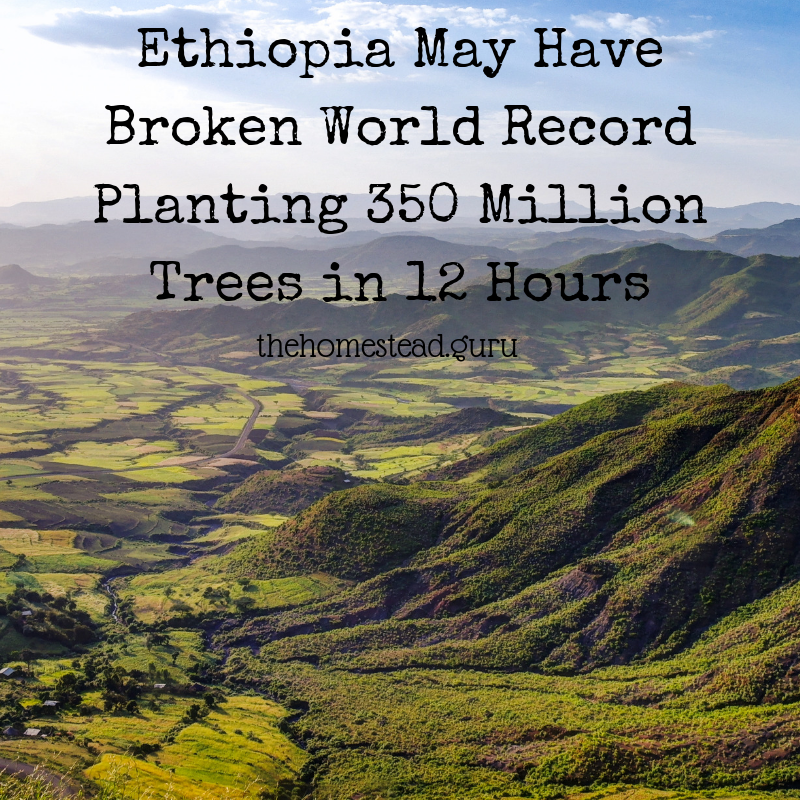 Prime Minister Abiy Ahmed pushed “The Green Legacy Initiative” to help buffer climate change and deforestation in the country also frequently afflicted with devastating droughts. They intend to green the desert and help keep the planet in balance, perhaps providing a blueprint for other similar climate countries to follow.

Ethiopia has been getting worldwide credit for these actions, which seem to be aptly timed when you consider things like the Brazil wildfires that have been raging because of things like deforestation and improper agriculture processes like slash and burn agriculture. There’s even a trending hashtag for this #GreenLegacy.