Crochet has been one of the most fascinating and beneficial hobbies I’ve undertaken in my adult life. My only regret really is the fact that I didn’t learn sooner. So when I see stories like that of Jonah Larson, who taught himself to crochet at age 5, I wonder where I would be now had I started at his age. 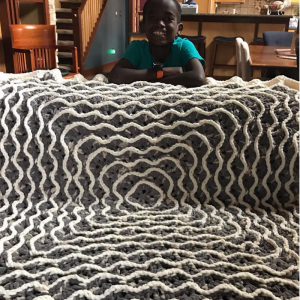 I think it’s worth highlighting Jonah because the world needs more fiber artists with this mindset.  I give you, the 11-year-old prodigy who sells his crafts and donates thousands of dollars each year to orphans. Not only does he create beautiful work, but he also does beautiful things with the proceeds. 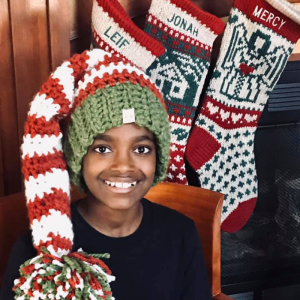 Jonah taught himself to crochet at just 5 years old. Now at 11, he has mastered patterns that are a struggle for many seasoned adults, myself included.  He has over 260,000 Instagram followers.  And another 180,000 followers between Facebook and Youtube. On these platforms, he shares his projects as he makes them. Watching the quick and dextrous motion of Jonah’s hands as he weaves beautiful patterns is mesmerizing. I thought I had speed but it’s clear I need to up my game!

Jonah hasn’t left his past behind him. He donates many of his works as well as his profits to an Ethiopian orphanage. The very same orphanage from which he was adopted.  How’s that for paying it forward? 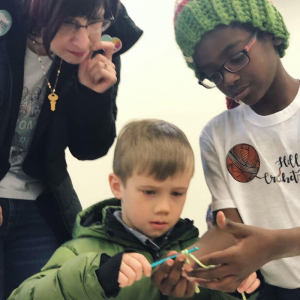 And it gets better…

Jonah is partnering with Roots Ethiopia, a non-profit organization located in the village where he was born to raise $30,000. Last we checked he was just $2000 shy of his goal

“I love Roots Ethiopia because they are dedicated to supporting Ethiopian children and families. Roots Ethiopia focuses on two things. First, they support poor rural schools with the resources they need to help children soar. Things like desks and blackboards, libraries, and hands-on science labs are the priorities for schools.”

Jonah has continued to stay connected to his roots and to give of himself to others who share a similar story. Way to go, Jonah!

More Than a Hobby…

Like me, he cites his reason for crocheting as wanting to keep his hands busy and his mind calm. For me, it has been a way to stay productive while traversing my thoughts. It’s a good way to get mental work done while keeping the body busy.

“I’m a very busy thinker and I’m always thinking of ways to do things differently. Crocheting to me is quiet time because it relaxes my mind. And everyone should have something to relax their mind”– Jonah

In addition to this more personal and internal reward, he says he also crochets to inspire those in Ethiopia to “unlock their passion and potential” in the best way possible. By following his own passion and sharing his experiences, others are empowered to do the same.

Allow Jonah to be an inspiration to you and your kids to follow your dreams! This boy proves that you can do what you love with your time, make a living, and be a positive force in the world.  What an inspiration!

Check out this free Crochet Water Bottle Pattern from our writer Lily to get started today! 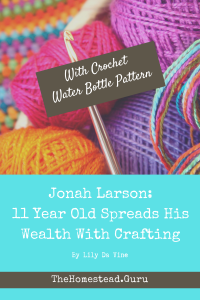