Activists and police have both agreed to take a step back from the barricade to allow tensions to deescalate. 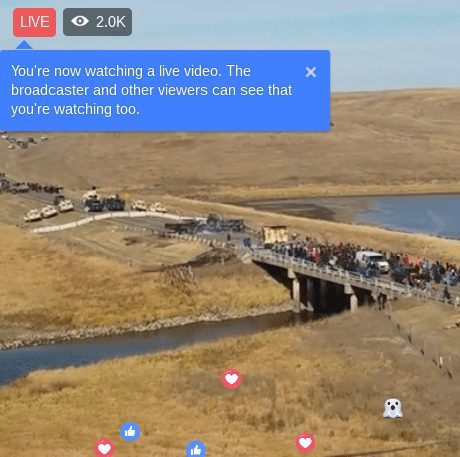 This photo was captured from a live feed at 1:04 pm Central Standard Timezone. The pipeline activists are walking back across the bridge to allow law enforcement to retrieve 2 official vehicles that had been burned, and 1 personal vehicle.

This morning we watched as law enforcement arrived from behind the Sheriffs and National Guard, to aid the State in the battle.

The previous night many activists had stayed awake at the barricade where the National Guard Apparently tried to cross. Derrick Broze reports seeing the National Guard drive 2 vehicles past the barrier, then abandon them. They were soon set on fire. He was forced to delete his footage, although we have not yet heard by whom. 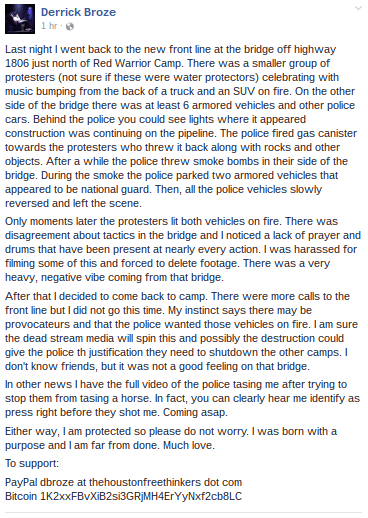 He is concerned this was done by provocateurs because there was no prayerful singing and chanting as in altercations past.

In this video you can hear Atsa E’sha Hoferer refer to the situation last night. We are still waiting for more details on what actually took place. You can also see the activists moving backward to give law enforcement access to the burned vehicles.

I will update the bottom of this post if I find more videos or sources from actions that took place today so far.

Derrick just reported, it appears in addition to law enforcement gathering their vehicles, the officers are returning some horses, tents and tipis. Great News. 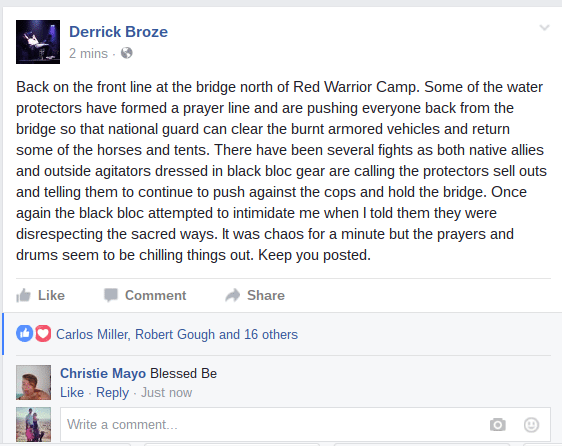 Update: Derrick was on air in Houston talking about what happened last night and today. Pipeline construction began again last night, how long will peace last?

Catch up on what you missed yesterday here.

Update: Afghanistan War Reporter said the battle yesterday was the closest he had seen to the combat zone he reported from overseas. 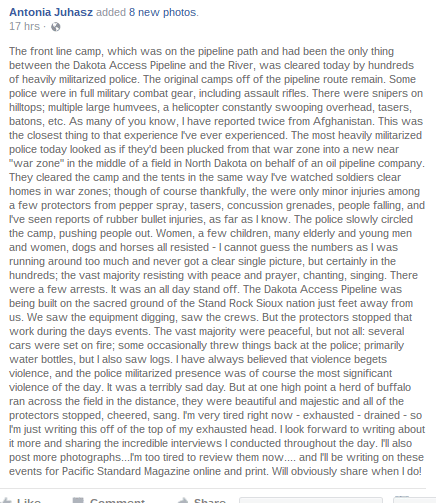