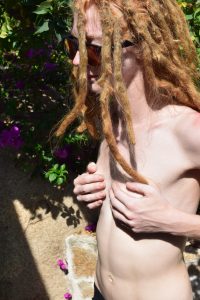 Okay guys, time to talk about an topic that’s pretty important to me, although a bit…controversial. That might not be the proper term, but I’ll get to the point. I’m talking about breasts here, and whether or not we (women) should even bother with wearing bras, something touted as necessary for female breast health and beauty. Before you roll your eyes at the dread locked hippy telling you to take off your bra, hear me out.

I used to wear bras religiously, every day. I had heard the whole spiel: “If you don’t your boobs will sag and you’ll have back pain.” This is the simplest of the reasons used to get us to strap down the girls but it’s always something that just felt wrong to me. I remember trying on my first bras and noticing that I had tension in my upper back just from wearing the thing. But society and my family told me I had to do it, so I did.

And I kept doing so for years, despite the discomfort that bras caused. I chalked it up to cheap bras and other things, like life stresses. I was annoyed at having had myself fitted repeatedly by different people only to find that I was always wearing the wrong size. “A bra properly fitted has x, y, z benefits, you just have to find one that fits!” If that’s true, why do more than 60% of women wear bra sizes that don’t actually fit their bodies despite the fact that every department store has “someone to fit you properly for bras!”

It didn’t really hit home for me until a few years ago when I found a french study that proved that the claims behind bras are false, for at least women between the ages of 18-35 as tested in the study. They were tested for perkiness using a caliper and the study reported that women that got rid of the bras actually had perkier, more toned breasts. They also experienced less back pain and issues relating to wearing the bra. 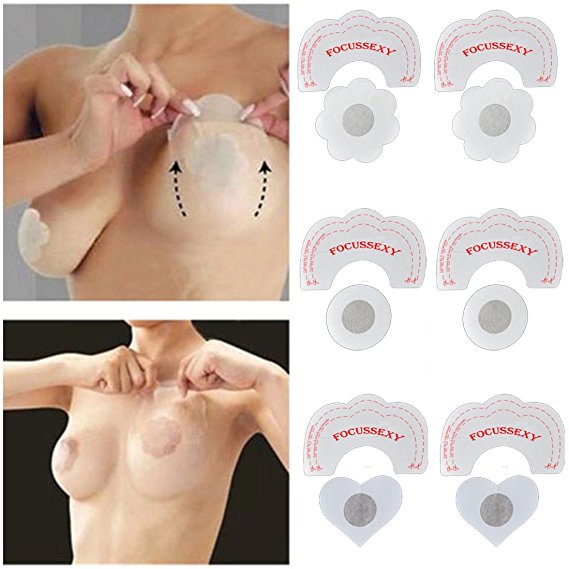 There are critics out there of the study as with any study, and it’s partially due to the fact that it’s been incorrectly reported on so many times. People get bogged down by the details of the numbers, most of which were wrong. The study was originally in french which makes it a bit harder for the average person to decipher the results. For that reason I focus not on how long it ran for (at least five years for sure) or how many people involved, but the actual results which seem to hold true in reality. That’s what makes a study worthwhile, whether it can be reproduced with the same results. 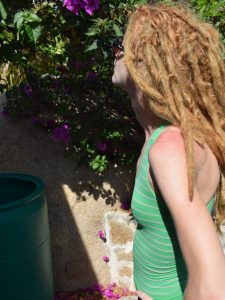 The person behind the study has released statements saying that this only applies for ages 18-35, as those were the only people tested in the study. This was considered a weak point of his argument by a critic, but he embraces it as a strength by including the suggestion that it might not be wise for a 45 year old to get rid of the bra, but he didn’t test that and he admits that. Women over 45, it’s up to YOU to decide if it’s going to help you or not.

So if you’re in between the ages of 18-35 and you’ve noticed your not happy with your breasts or that you just have unwanted back pain consider going bra-less. In my last 4 years of experimentation I’ve found for myself at least that the findings in that study are consistent with reality. I’ve talked to friends about this topic to find the same. One friend reported that even with having children and breastfeeding bra-less, she reports having “perktastic boobs” and she’s not alone.

But considering the fact that my (considers herself open minded) sister damn near called me insane when I told her to ditch the bra (she was pregnant at the time, which had something to do with it) I know for a fact that even the most open minded of people will cringe at this one. “Go bra-less? And risk someone noticing? What about my nipples? What about the necessary support! People will know for sure when I run!” The protests are endless, but I ask you to set aside your fear and consider whether you could experience some benefit from it. Shoulders always rock hard? Frequent headaches? Could be related!

As someone who’s had to cope with this myself over the last few years its something to consider. It’s a trade off: are you looking to feel better and be happier with your body, or are you concerned that someone will notice you have nipples? GASP. We can’t show we have nipples, that’d imply that we’re human! 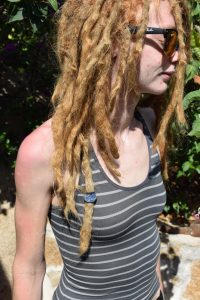 Something else to consider is that half of the bras out there, or more are filled with padding to change the appearance of bras. For many women this is a big point, some just aren’t okay with appearing to have small breasts and no cleavage. When the reality is that you have small breasts and no cleavage, I think future partners would much more appreciate the honesty than the nice show and disappointing reveal. As someone with a small chest herself, there are definitely perks (pun intended) to having smaller breasts, EMBRACE THEM!

Originally touted as a women’s liberation device, the bra actually constricts and essentially injures the woman in ways she doesn’t understand, because she’s not supposed to be bra-less. From the time we start school, it’s in the books as a no-no to go bra-less, you can actually be sent home for it! The french study found that there were no negative effects to going bra-less, in fact there were many positives to the simple change! As someone who’s had her own journey with this, I never understood how much of my tension was caused by wearing a bra. It’s something I now remember literally every time I put on the one sports bra that I own.

So give it a try, if you’ve got the guts to. Even women with large breasts have experienced great effects by letting gravity take over. If you’re between those ages, you’ll experience changes that will be significant if you’re anything like me, and I don’t think I’m that different from most other women. You’ll find that while some people will notice your freed chest, most people really don’t care at the end of the day. I’ve certainly never had anyone confront me or point it out to me.

Free the boobies and have a nice day. Thanks for following and supporting us, until next time!

I totally agree! I am a well endowed woman and after having two children and breastfeeding them both, bras were more of a pain to put on and off. Initially I felt like a Cow! Dripping milk and bleeding nipples, ugh! However, 16 years later I mostly wear bras in public. I’m proud to say my breasts are looking great. I go free most days now. It’s been 16years, and I’m still going strong. No back pain, my shoulders are Happier! I am 47 years of age. I don’t care about the looks I get. I feel so much better!

It’s easy to test, already walk regularly without a bra and it never bothers me physically, only the people staring I can’t handle. So for some clothes it’s not so suitable. But what about running? Because that’s when it gets annoying. And I like te be a child, forever 🙂

When I started reading this I thought, “this was written by someone with small breasts”. Yup. You have very small breasts. Realistically, you don’t need a bra and your breasts aren’t going to sag (because there just isn’t that much tissue to start with). Should you be running without a bra? No. But for day-to-day clothing, you probably are fine without one. However, keep in mind your breast size is atypical and that one study in French women isn’t particularly compelling evidence to support your opinion (particularly for American women, who tend to be more graciously endowed than their French… Read more »

What about large breasts? I wear a very thin sports bra and feel really creepy not wearing anything. I don’t have back pain. The feel of naked skin for me is really gross at least over a period of time, especially when I am try to walk from one room to another. I am a small girl with big boobs..5’2.. 114lbs and probably a size DD I was a E before going vegan.

Want to see what going braless does eto someone? Check out You Tube videos about African tribal women who don’t wear anything and see what happens to them.

My wife has large breasts and if she goes braless, she says she’ll have backaches. She told me once that she had backaches when she as a teen because her breasts were very large for her age.

Another thing is that I lived in France and most women there have small breasts.

I believe there are cases and cases. I have seen a couple braless women but, in general, they have small boobs. Most braless women I’ve seen with large boobs ride one of those mobile chair at Walmart, Winco etc.