There’s been a lot of drama recently as far as Brazil is concerned with the deforestation and subsequent wildfires which have been largely started as a result of slash and burn agriculture. Recently elected President Bolsonaro has been taking measures to help bolster Brazil’s economy with agriculture, which many have been critical of.

Brazil has even gone as far as to refuse 20 million dollars in financial aid from the G-7 countries on grounds of pride. Bolsonaro is demanding that the president of France apologize for calling him a liar over his pledge to fight global warming. He also accused Macron of using the disguise of saving the Amazon to control it as a “colony”. 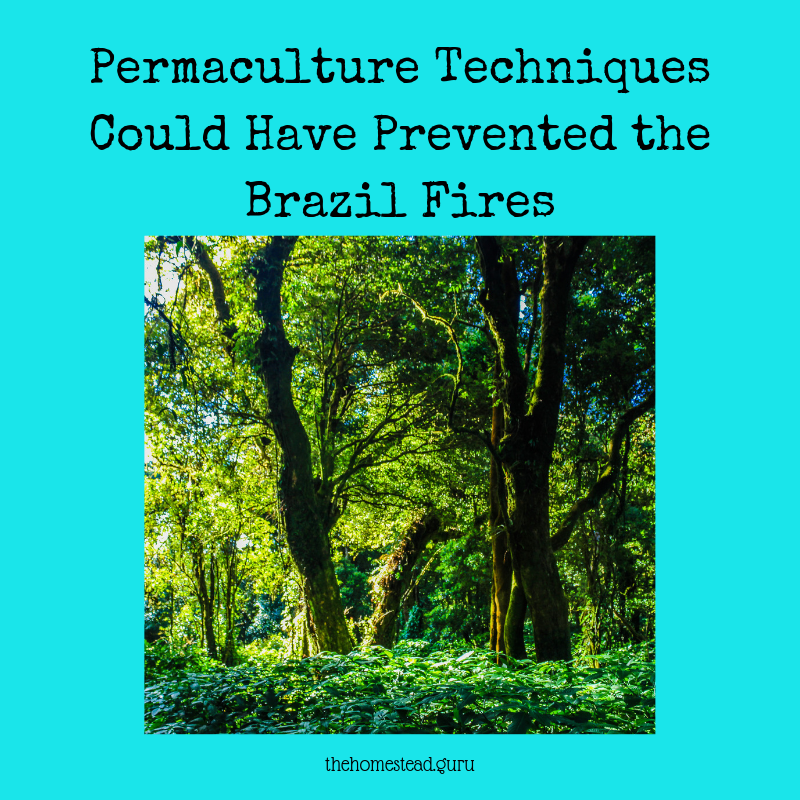 The fires have been widespread affecting more than just Brazil but also Bolivia, Peru and Paraguay. Bolivia has been devastated by the fires. A reported 87% of the fires in Bolivia are caused by illegal slash and burn fires. In Brazil, 99% of the fires are the fault of people either on accident or on purpose.

As a direct result of a financial crisis in 2014 in Brazil, actions have been taken to encourage agriculture for the economy and thus deforestation. 80% of the deforested land is used for raising cattle. This wouldn’t necessarily be a problem if they implemented perma-culture techniques instead of primitive slash and burn agriculture. 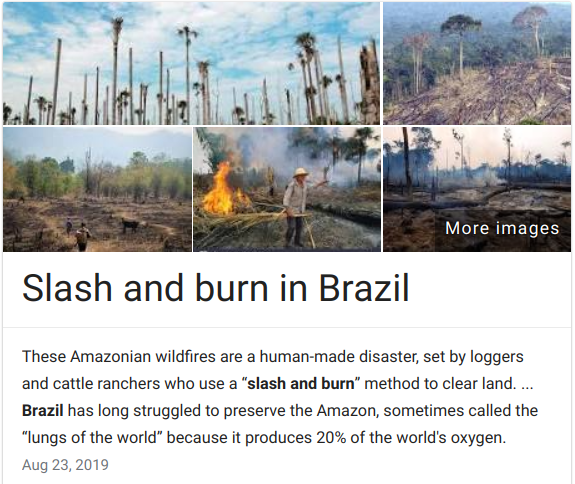 Many fear what this could mean as far as things like global warming is concerned. The Amazon is considered a “carbon dioxide sink” of the world keeping global warming at bay. The truth of these claims is debated.

There are environmental impacts of concern, everything from loss of habitat for wildlife to an excess of deadly gasses like Carbon Monoxide in the air. It puts the whole ecosystem at risk for the wildlife as well as the indigenous people.

Brazil continues to push the worldwide backlash as an “anti-Brazil” campaign intended to keep Brazilians from reaching its economic recovery. There’s been a lot of back and forth especially between France and Brazil which has heavily influenced how things have played out, including their refusal to accept the recovery funds.

Some environmentalists warn that unabated (or even exaggerated) these fires could have detrimental effect on the ecosystem and thus the world. Perhaps if the farmers employed permaculture techniques for clearing land like huglekulture or chop and drop techniques instead of slash and burn, this would be less of a concern.