May the 4th Be With You

On the heels of Star Wars day, it isn’t too late to celebrate! Star War fans, its time to unite with Instant Pot, the ultimate cooking droid. May the 4th be with you!

I got my first instant pot nearly three years ago and was hooked from the start. I even called it R2-D2 because of the clever sounds it made. Now techies can rejoice because there has been an official Star Wars line of Instant Pots released to the public. The best part? They are reasonably priced, the cheapest being a 3-quart model.

When I first heard of the concept of an Instant Pot I thought it was a gimmick. It just seemed like a fancy slow cooker with a big price tag until I was gifted one. The first thing I cooked was pinto beans from dry to soft in less than 40 minutes. Needless to say, I was sold. A huge tragedy made me lose everything I own including my beloved instant pot, which I used basically on a daily basis.

Just as I start to consider replacing mine, I hear about the Star Wars line. They got me with that one, hook line and sinker. I’ve decided on the R2-D2 model. Which one are you getting?

The Dark and the Light Side 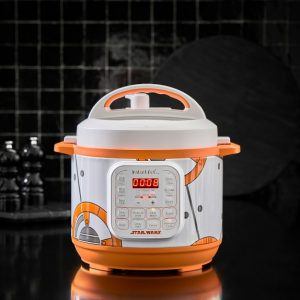 The smallest model is based on BB-8 and holds only 3 quarts, perfect for dorm rooms or studio apartments. It also has a smaller price tag at only 79.99 USD. 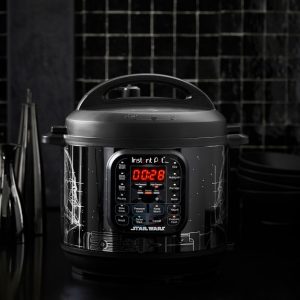 What about a Darth Vader themed pot? Sleek, black and 6 quarts, it’s the standard size for Instant Pot. It runs just under 100 USD. 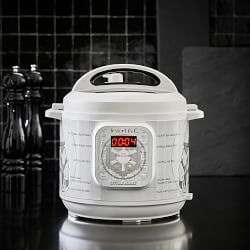 Perhaps the most elegant (minus Empire logo, ugh) is the Stormtrooper edition, sleek and white. It costs the same as the Darth Vader model. 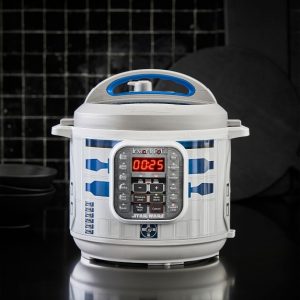 My personal favorite is the R2-D2 model because it seriously looks like something straight out of the movie. Perhaps it has an extra function of being a real droid? No? Oh well, it looks great anyway. 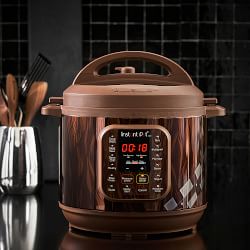 To pay respect to Chewbacca’s bigger size there’s an 8 qt edition for less than 120 USD, one seriously tempting but in my opinion not quite as cute as the R2-D2 model.

For those who aren’t aware of the instant pot sports 7 different functions and 14 different program options, so you can just fill, press a button, and walk away from it once the lid is on. My favorite use is the pressure cooker function. But the yogurt function is pretty damn cool and works great in my experience. The Instant Pot sports a microprocessor and many sensors that speed cooking times from 2-6 times faster than average cooking times. This is its major advantage.

Beyond that, you’ll get access to some Star Wars inspired recipes such as Darth Vader’s beef stew or Chewies Chili. I’m extremely excited for my pot. I’ll do a full review of both the style and function of it, so stay tuned!! In the meantime, in celebration of Star Wars day, may the force be with you.

Already have an Instapot? Grab one of these awesome decals to get in on the fun! 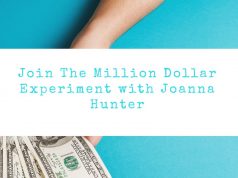