A couple weeks ago we went camping at Krause Springs. Guinevere, age 6, decided she wanted to jump off this twenty-foot-high cliff into the water, after watching several kids take the plunge. When she asked me, looking straight into my eyes, “Do you think I could do that?” I hesitated for a second. Then, in spite of my pronounced fear of heights — not to mention the fear any parent has of their children dying or getting horribly injured — I said, “I don’t know. Do you think you could?”

For me, this was an unschooling moment. One of those moments when fear almost pushes me to say, “No, you’re too little for that” or “No, that would make me too nervous” but I don’t say it. I stop and think it through first. I question my default programming.

Unschooling might look to the casual, unobservant eye like negligence, but it’s the very opposite of negligence: there’s a great deal of thought and effort and focus put into these moments when we hang back and trust and “get out of the way.” I spent an hour very carefully considering how I worded my support (“trust your body,” “it’s okay to decide not to do it”) and my tone, and even my body language.

While I “got out of the way” of navigating this decision for her, I didn’t physically get out of the way. I sat right beside her. I got myself to go up to the top of that cliff in spite of my fear and take deep breaths and be the support she needed. If I had thought it was truly too great a risk, too dangerous, I would have said so. But I had watched kids her size jump safely for half an hour, and I knew that my fear was much more about me than about any real danger. Yes, there were risks involved, but no more risk than many of the choices we make every day.

After backing away from the edge a few times (as my heart raced), she finally did it. She was incredibly proud of herself. Not because she proved anything to anyone but herself. Her older brother, who was horrified by the idea at first, decided to jump as well. We didn’t get her jumping on camera, but this is him jumping. She pushed herself to jump a second time too, even though it appeared to be even harder to muster the courage the second time.

(this video is not the original video mentioned above)

I’m grateful that, while in some moments I default to the old ways, in other moments I choose to be present and mindful and graceful and trusting — thanks to all the ways unschooling has challenged my thought processes. I could have undermined her confidence (“no, you can’t do that… that’s way too dangerous”) and gotten in the way of an awesome opportunity, but instead I stayed close, stayed present, and supported her through it. 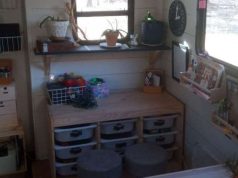 The Frugal Reality of Living the Dream: One Woman’s First Hand Struggles at a Life Unchained 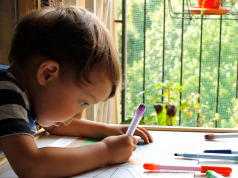 Sovereign Schooling and Claiming Freedom in All Areas of Your Life 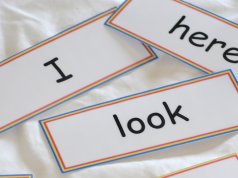 Carschooling: What it is? Engaging Printable Game Cards to Start Your Journey

No offense but a child’s brain cannot reason like an adults brain until,age 25. She asked YOU to reason for her and you opted to unschool? What is wrong with you? Krause Springs is a dangerous place for adults not just children. There are some healthy fears that keep us alive I’m happy she is safe and I hope you will use a bit more discernment in the future. Your the adult and leaving that type of decision up to a child is areckless and irresponsible. There is a middle ground. And no is actually a good word to use,at… Read more »

So shallow of a reply from a social conditioned stereotype..

[…] Unschooling is to Trust Your Children by Katherine Meager […]

I love this! It’s so wonderful that you supported her! Obviously you stated, as the poster above must have missed, that if it was truly dangerous and not your own fears, you wouldn’t have allowed it. You realized that we, as parents, tend to overreact with unrealistic fears and prevent our kids from exploring the world- which is actually a lot safer than the news allows us to think. Kuddos to you and to your child! I’m learning this…slowly evolving. Wish I had done so with the first two kids but no time like the present!