The US Army Corps of Engineers announced Sunday that they will no longer allow the Dakota Access Pipe Line to be built underneath the Missouri River near the Standing Rock Reservation in South Dakota. The river provides drinking water for the reservation and people across the United States, and the tribe has been protesting for months to stop the risk of pollution to their water supply.

In a statement addressed to Buzzfeed, the Standing Rock Sioux Tribal chairman Dave Archambault II said, “Today, the US Army Corps of Engineers announced that it will not be granting the easement to cross Lake Oahe for the proposed Dakota Access Pipeline. Instead, the Corps will be undertaking an environmental impact statement to look at possible alternative routes.”

The tribe claims the land was given to the tribe in the Treaty of Fort Laramie of April 29, 1868 and they have not given up claim to the land. 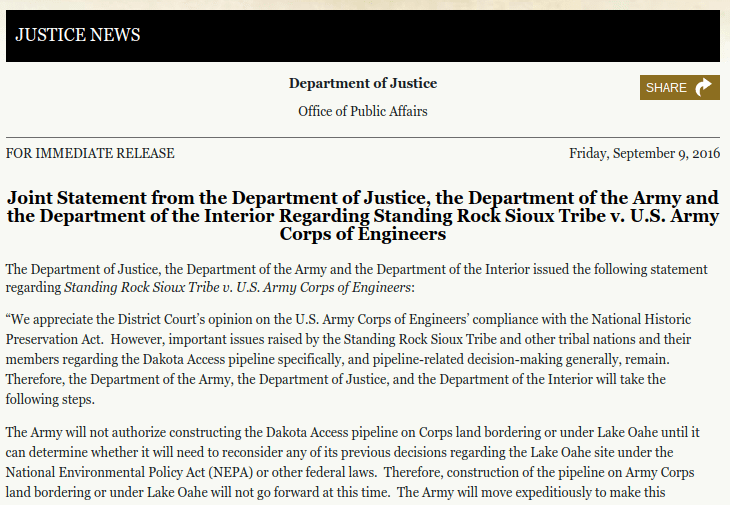 Independent journalist Derrick Broze posted a live video from Standing Rock today giving an overview from on the ground. Start at 2 minutes 40 seconds.

He described how thousands of veterans and supporters have been arriving throughout the week. This is in response to the government’s since retracted claim that they would remove all protesters on December 5th.

Derrick said one veteran was allowed to cross the protest barriers and approach the police front line today, where the police stated they would clear out the police presence if nobody comes onto the bridge after 4pm today.

This is likely because the crowd has grown so large, the pressure from federal government so great, and the public appearance of brutality and oppression spreading like wildfire.

He then posted the following two updates:

Tonight we celebrate with the Standing Rock Tribe!

Here is a photo of the veterans arriving, it was post on the Support Standing Rock facebook page: 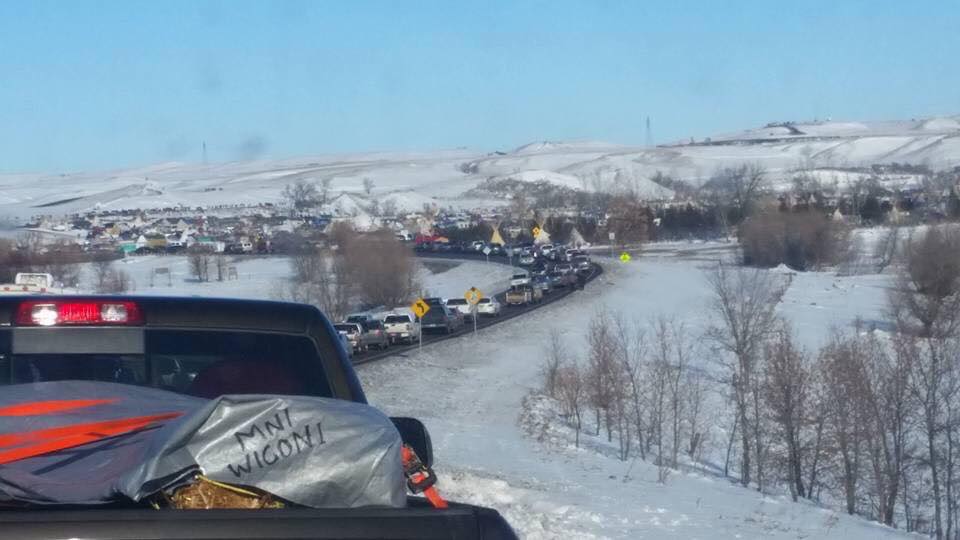