This year we’re trying something new and planting our seeds according to the biodynamic farming method.

This method has been around for about a hundred years and originated in Austria. It has some ties to the Waldorf education method, but mainly–biodynamic planting has to do with planting your seeds according to the moon and the constellations.

A biodynamic planting calendar is just one tool for success. Certified Biodynamic Farms are a step “beyond organic”, and often boast better quality of soil and better crop yields, even without pesticides or herbicides. 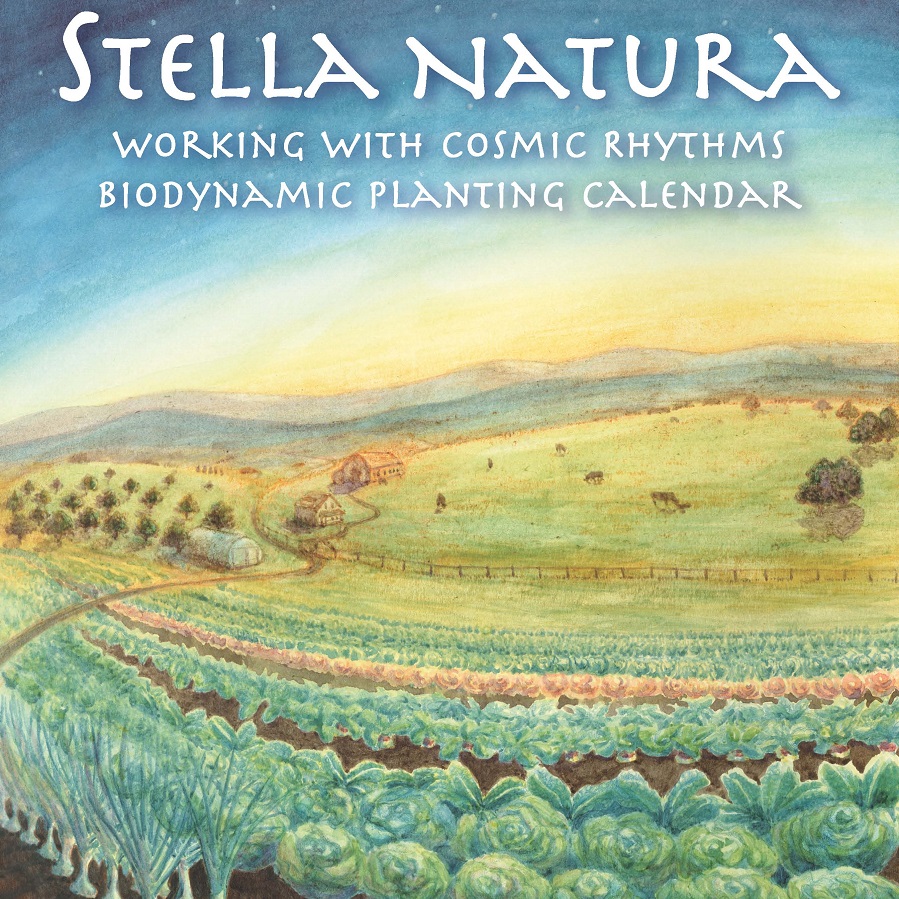 Biodynamic Farming may be viewed as “woo” for some, but just like homeopathy, it does produce positive results–and it’s been practiced for decades.

You may be familiar with certain signs considered as water signs or fire signs in the zodiac? Well, the same is true for each constellation.

The idea is, plants that we want to harvest the fruits of, like cucumbers and eggplant, we’d plant during the time when the moon is in an air sign. When planting crops that we wish to consume the leaves of, such as lettuce or Swiss chard we’d plant during an air sign, and so on. You’re supposed to plant crops that you grow for the roots (carrots and turnips, for example) when the moon is passing through a constellation that has earth energy.

From the Stella Natura website: “Nearly fifty years ago, Maria Thun discovered that plants sown when the moon is passing in front of a constellation bearing the qualities of the Earth element have enhanced root growth. Results were consistently similar with leaf growth and the element of water, enhanced flowering and the element of air, and fuller development of ripe fruit when seeds were sown with the Moon in relation to the element of fire.”

Each part of a plant, the leaves; flowers; roots; or fruit; corresponds to one of the four elements of earth; air; water; and fire. 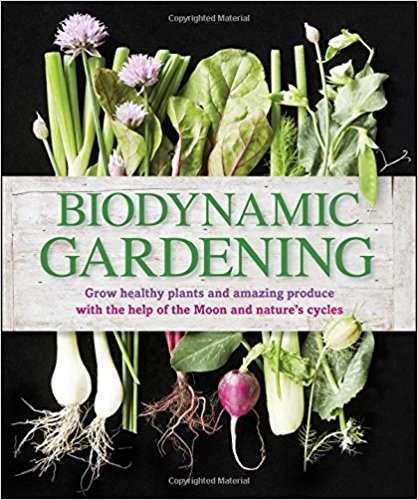 There’s much more to this method of planting, including fun terms like perigee and apogee (which indicate the closest and furthest points in the moon’s orbit from Earth, respectively), phases of the moon, and so on. You can check out this link to learn more!

The basic concept is that there’s always been much more at play than the practical, straightforward reasons as to why some crops thrive and others fail.

In our own garden, we already apply some permaculture principles and don’t use commercial pesticide or herbicide. Now, we’re working with a biodynamic planting calendar called Stella Natura. It’s part coded calendar fascination, and part esoteric storytelling guide, with a different explanation of a biodynamic concept for each month in lieu of a photo or art piece.

I’m excited to see what kind of results I get!