A chlorine leak was confirmed Friday near New Orleans at a DOW Chemical Plant. WBRZ broke the story just after 3pm as they notified local residents to stay indoors and turn off their air conditioners. 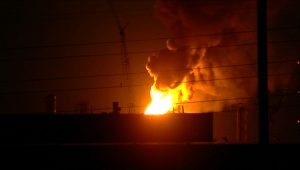 This is important news for local homesteaders as the air, water, and local wildlife populations may be affected in in the long and short run.

Louisiana State Fire Marshal Butch Browning and the IRviing Sheriff’s Department are on the scene working to keep the leak contained. A total of 14 DOW employees have checked into the local hospital to ensure their safety. No injuries have been reported to date.

The large plume of smoke is apparently not chlorine,

The fire ball that was released from the plant was actually a flare that occurs normally during shutdowns” .

Dow spokesman Jarrod Erpelding sadi the leak and fire plume are a result of “power interruption causing a loss of electrical power and steam to the manufacturing site.” 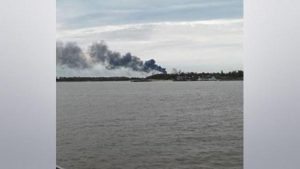 Earlier this year the Axiall Cor.’s Natrium chemical plant in West Virgina was investigated for a leak that spilled 33,000 gallons of liquid chlorine. The resulting cloud of poisonous gas required evacuation of hundreds in Ohio and West Virgina.

These toxic leaks and spills are happening all across the country!

The Potential Harm of a Chlorine Leak

Once introduced into the environment, chlorine begins to combine with other minerals and elements to create some very strong environmental and health toxins. It is highly reactive and rarely stays in its pure state long. It is also water soluble so it is quickly dissolved and washed downstream to nearby habitats.

These toxins, including dioxins, furams and PCDDs are often referred to as “persistent organic pollutants”… they linger in the water or soil and take many years to disappear.

Dioxins have been linked to cancer, endocrine disorders, and low sperm count. These chemicals mimic hormones inside the body and wreck havoc on those affected.

These dioxins have a huge impact on our environment at large, affected birds and fish in great numbers. In fact, it was dioxins that contributed to the rapid decline of bald eagle populations in the mid-20th century, leading to their endangerment as a species. 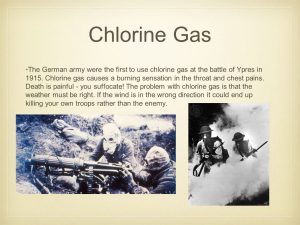 Even if this leak is contained quickly, it is still adding to the cumulative damage to wildlife across the globe. Chlorine is persistent in our environment and works its way up the food chain through a process called biomagnification. This happens when microorganisms consume chlorine polluted water or air are consumed by larger animals like fish and birds.

The short term effects of this leak could cause irritation to eyes, skin and lungs. The long term effects will remain unknown for some time.