Life Gives Life: Is Pain Part of that Process

Even when I was vegetarian I never fooled myself into believing that I was harming fewer lives by choosing to eat only plant-life. I was aware that every time I ate a carrot, I was ending a life that wanted to live enough to grow. The whole point of a carrot root is to keep the plant alive during cold winters, an evolutionary adaptation meant to support life. But do they feel pain? This is something many people don’t always consider.

The Truth About Plant Experience

Recently, many stories and studies are coming out that explore just to what extent animals are aware of themselves, the environment, and their desire to live. Unfortunately, plants cannot show the signs of life (or pain) that commonly evoke empathy from humans.

I’ve had conversations with people in which they say that plants do not protest to our eating them. Consequently, it’s perfectly fine to do just that. Plants don’t feel pain, they claim. Conversely, most animals make it clear through their behavioral responses that they would prefer not to be eaten.

Nevertheless, it’s becoming more commonly understood that plants can see, touch, and feel just like other living organisms. Plants, until this point, have largely been considered silent beings. However, Itzhak Khait and other scientists in Tel Aviv, Israel have found evidence to prove that plants do, indeed, make sounds when cut, at frequencies human ears are unable to detect.

The Human Experience is a Small Part of the Universal Experience

By experimenting with tomato and tobacco plants, the scientists were able to make significant discoveries. They created stressful conditions for the plant-life by withholding water or by cutting the plant’s stems. They placed microphones 10 cm from plants and picked up sounds in the ultrasonic range from 20 to 100 kilohertz.

Some insects and mammals are capable of hearing this range but not humans. So, for example, a moth might hear this from as far as 5 meters away. Many scientists are also speculating on the extent to which plants have the ability to hear other plants.

These discoveries could further our understanding of agriculture to the point where farmers can listen for signs of stress instead of waiting for the physical signs.

Tomato plants that were water-stressed made about 35 sounds per hour while tobacco plants made about 11. When cut, tomatoes made 25 sounds an hour, and tobacco made 15. For a reference point, an unstressed plant makes about 1 sound an hour. Intensity and frequency can help researchers determine the source of stress. For example, thirsty tobacco makes louder noises than tobacco which has been cut. 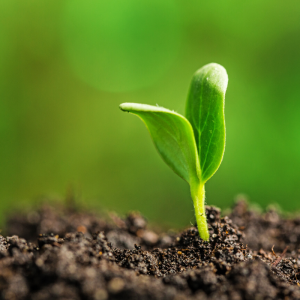 “The suggestion that the sounds that drought-stressed plants make could be used in precision agriculture seems feasible if it is not too costly to set up the recording in a field situation,” says Anne Visscher at the Royal Botanic Gardens, Kew, in the UK.

There’s still much more research to be done but this is a step in the right direction for determining what exactly plants are capable of as far as communication and how they respond to typical stresses. This could help in the field of precision agriculture which ideally would lead to healthier crops and healthier populations in general.

So do plants feel pain? That remains a difficult question to answer. Our limited human perspective makes it almost impossible to relate to plants. But the discovery process will empower the shepherds of the plant world to give better care to their plant crops. I don’t know about you but I’m excited to see what comes from studies like these.

Check at more on the Homestead Guru!
Are the weeds in your garden talking to you?