Virtually everyone who heard I was moving to Mexico told me I was crazy. I’d be lying if I said there were not bad things about Mexico, but the bad parts of this country seem to exist everywhere (globally). Just look at how many mass shootings there are in the United States, how many do you hear of in Mexico?

I’m not sure what I expected when I moved to Mexico, but what I got was not it. Everything to the food, to the people, to even the desert; I had totally different expectations from what I found in Mexico after I crossed the border. For one, the desert was one of the most beautiful places I’ve ever seen, and the people are literally the best I’ve come across in the world.

I’ve come up with a list of things to consider when moving to Mexico. For people like me, this is actually a list of pros but for many people it can be quite a startling culture shock and not always a good one, especially if you’re a person who has issues with change. 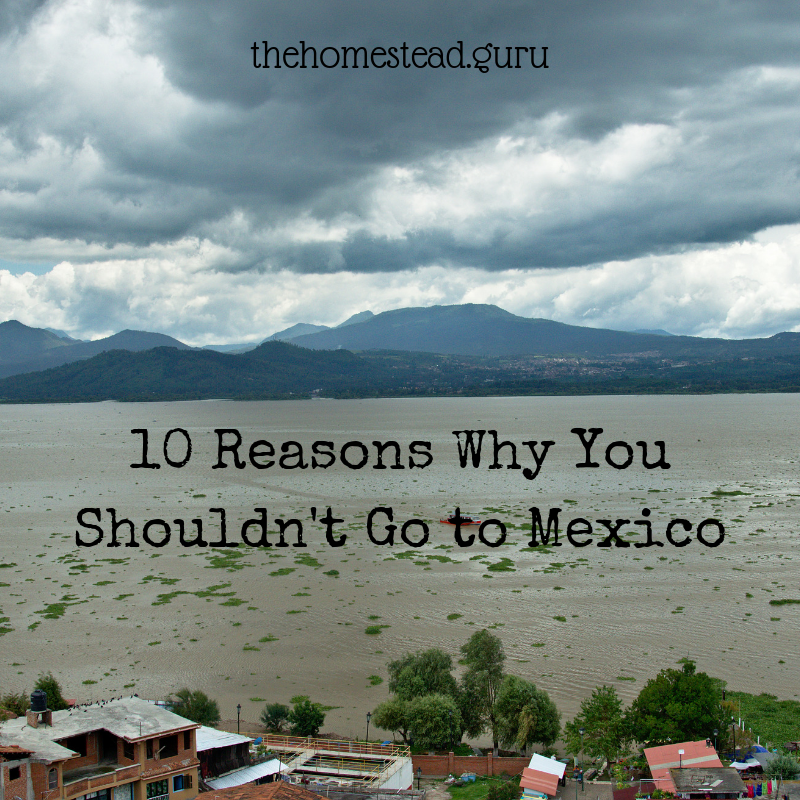 1) Everything is cheaper but what’s available is often different from what you’re used to. From the types of laundry soap popular here to how they do tacos is just different than what most people expect. Those who are stuck on certain American product lines should consider that it’s probably not going to be easy to find the exact product if they buy based on brands. Also don’t expect to find things like your favorite pop or candy here.

2) Food is never what you expect, most of the time in a good way. For example, I know of Americans who got upset in Acapulco because of what comes on an Acapulco hamburger. For those who don’t know it often contains a slice of actual ham, bacon, a thinly cut hot dog and pineapple. This can put people off who are expecting the average American burger. If you’re up for surprises, Mexico has much to offer.

More from the Homestead Guru: Self Sufficient Backyard Gardens are the Way of Life in Northern Italy!(Opens in a new browser tab)

3) SO MUCH COASTLINE. Seriously, look at a map of Mexico and you’ll see insane amounts of coastline. I’ve driven down most of the west coast, it is as beautiful as it sounds. Totally empty but gorgeous beaches all over the place.

4) THE PEOPLE. I have met some of the most….amazing humans in Mexico. But one thing I can say is that Mexicans are some of the most loving, hard working people I’ve ever had the pleasure of spending time with. There are also certain aspects of Mexican culture which can be annoying, like their tendency to be late to things. Also be warned; agreeing to drink with a Mexican is like asking for alcohol poisoning.

5) Mexicans have strong entrepreneurial spirit so they’re always trying to sell you something. Some people take issue with that because if you’re a foreigner you’re going to get people trying to sell you things and in places that are touristy you’ll blatantly have kids coming to you to ask for “monedas” or money. I generally give to kids who are working for the money, like juggling or dancing. I respect the hustle, at least they’re out trying to offer something in return most of the time. I only see very sick people and kids begging.

6) You might not go home. I’m not talking in an ominous way. I know of a lot of expats who ended up in Mexico for a week and decided not to leave. The first night I got to Acapulco a man from Texas said he came for the weekend and never left. This is extremely common. I know I still have yet to go back after 3 years.

More from the homestead Guru: How Decentralization (income, geography, food source, etc..) Can Create Stability in Your Life(Opens in a new browser tab)

7) You’ll probably fall in love, even if you don’t want to. With something, some place, or even someone. The entire country is gorgeous and full of artisans and performers for an incredibly rich culture. The people are incredible. If you stay for any length of time it won’t be long before you assemble yourself a Mexican family of your own, probably more loyal than the one you were born with. Dating is also a different experience, often leading to happy unions that teach you a lot….like Spanish.

8) May inspire you to follow your dreams. When one gets to Mexico and they realize two things: everything is cheap and there are very little rules on what the average person can do with themselves or their property. For me, that was extremely freeing because I was able to fully explore the things I wanted to as far as business is concerned from blogging online to glassblowing, neither would have really happened if I weren’t in Mexico. So you might find yourself thinking “maybe I should just sell everything and open that bar or store”. This is a fun but often stressful life change.

9) Everything in Mexico is old. That’s a slight exaggeration but there is a lot of stuff that is extremely old and it can be humbling to see from islands covered in indigenous people to the pyramids and archaeological sites that cover the entire country. Some people just don’t care about history or the culture so they find themselves feeling uncomfortable from the culture shock of that from getting here. For those who love to immerse themselves in rich history and culture, Mexico is a great place to do it. Gorgeous sights compared with rich culture and awesome food, much if it being prepared the same way for hundreds of years.

More from the Homestead Guru: Mexican Pipeline Explosion was Caused by Thieves Tapping the Line – Graphic Video Shows People on Fire(Opens in a new browser tab)

10) Food quality is higher for cheaper. Some people also call this “the dreaded weight gain” because when you come to Mexico expect to eat a lot of food because its good and CHEAP. Seriously 35 pesos which is a little over two dollars gets an order of like 5 or 6 tacos depending on the part of the country. The food is better because its grown with more care, especially the meat. If you travel through the country at all you’ll see food being grown everywhere from fruit to cows.

There you have it. If there’s one thing I know, it’s that I’m glad I moved to Mexico. Mexico isn’t for everyone, but if you read the list above and got excited at all, you might need to plan yourself a trip to Mexico.

Editors note: If you want to travel through Mexico, I (Catherine) highly suggest the On the Road in Mexico facebook group to ask questions/get advice/route suggestions, etc..