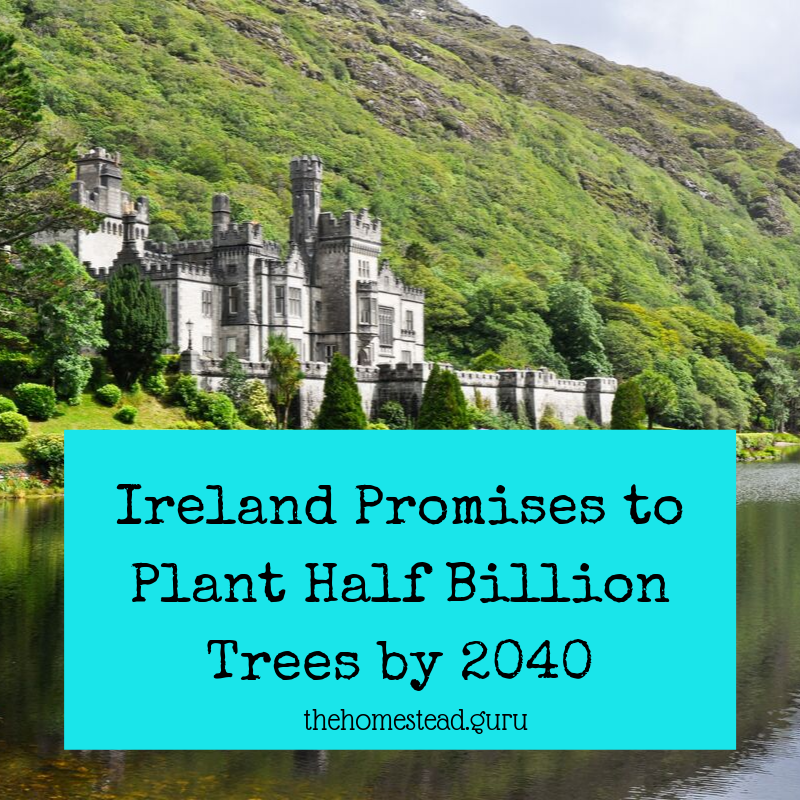 This is all based on a study that says planting 500 billion trees globally is our best solution for climate change. Their plan is to go for 70 percent conifer, 30 percent broad leaf trees.

While this sounds awesome it has reached some criticism as some people say that the same result could be achieved for cheaper by just paying farmers to not plant and allow the land to rewild with natural weeds ect.

Pádraic Fogarty of the Irish Wildlife Trust spoke out about this with the following quote:

More from the Homestead Guru: Hemp Will Save the World: Here’s Why(Opens in a new browser tab)

“People are not good at planting trees and trees do not like being planted. They prefer to plant themselves”

Considering the Irish government plans to grant 94 million Euros a year to make this happens, he’s probably right. The amount of work it takes to grow and plant that many trees is insane, and the money could be better spent elsewhere, even bribing farmers not to grow. This would probably work better as Ireland will likely face a lot of protest from farmers who simply don’t want to replant cleared land with trees.

From a permaculture perspective, the best thing would honestly be to plant some trees (useful if possible) while seed bombing with useful edible companion plants in plant families. I think its a happy medium between rewilding and spending so much to plant trees that will likely just be cut down again eventually anyway.