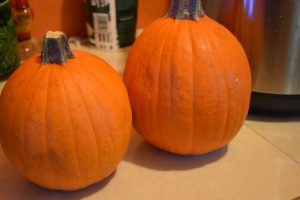 It’s that time of year and while the seasons are not changing like I am used to from childhood (I’m a girl from the snow belt living in southern Mexico’s Acapulco Bay), I have determined it’s time for pumpkin and so have the local grocery stores.  These imported California Sugar Baby Pumpkins are 50 pesos each just about everywhere I see them and I bought these two to make into pie. 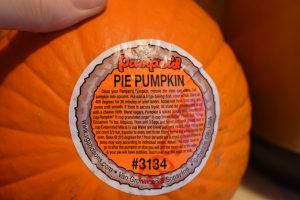 I came across an Instant Pot post where someone shared that they put the whole pumpkin in the pot with good success for producing puree, citing it was easy to peel and remove the seeds after cooking.  It was then that I decided to cook these in the instant pot, although I cut one up to both make it fit better and to harvest the seeds so I can grow these here for myself and my animals. 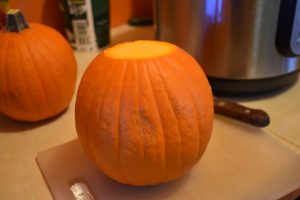 I started by cutting off the stem.  For the one I left whole, this was all I did. I left it whole and ruined the seeds partially as a test to see if it was as easy as advertised and it is, almost temptingly so. 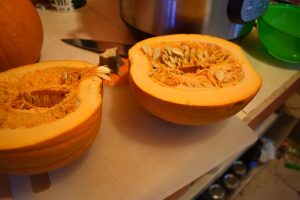 I cut the other one in half and removed the seeds.  From there I just cut it down into the pieces needed to fit in the pot.  Leave the skin on until it’s cooked, you can just peel it off with your fingers. 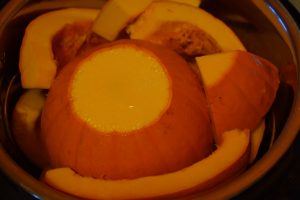 Set on manual for 30 minutes high pressure and put on the lid in the locking position. 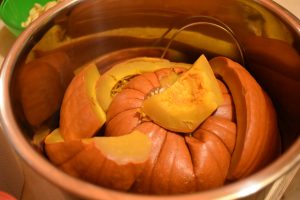 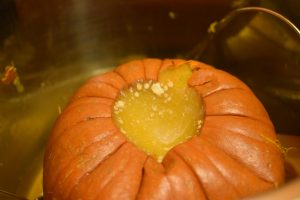 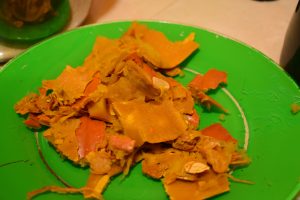 I just took the pieces out and peeled off the skin.  Any seeds I scooped out. It was already basically puree when it came out so no further work was needed. Just use, or store and freeze until later.  You could also can this to but I’ll admit I have not. 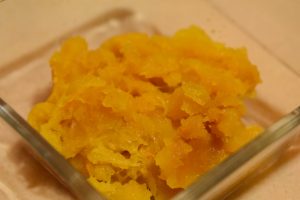 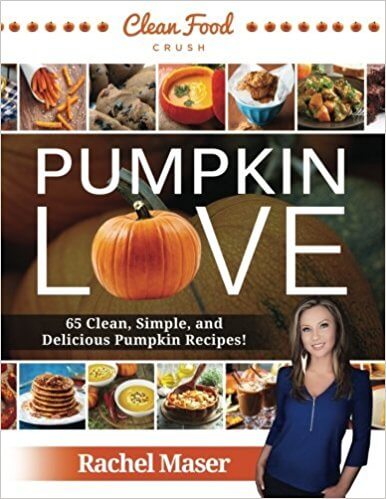 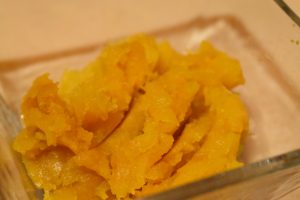 Anywhere where regular pumpkin puree is used you can use this.  It’s a great use of the pressure cooker and I got a whole liter of pumpkin puree out of those two pumpkins without having to turn on my oven.