Yesterday we finally tasted the weed berry booch and it honestly wasn’t what we expected. Despite having only added berries and cannabis leaves, my once tart brew was sweet like a juice. It’s something we find interesting and plan to experiment further, but as it stands as far as flavor is concerned it’s a success. It had a complexity that was certainly from the cannabis and the sweetness was interesting. The other brews were sweeter in general this time as well and I’m wondering if that has anything to do with having cleaned my containers.

The photo above shows an 8 day old scoby as it stands today, which is fairly impressive compared to the scobies I’d grown in the past. I also noticed better growth in my smaller containers as well. I used green tea in the small and black tea in the large, so the photos you’re seeing of just scoby are with black tea. There’s also a much lighter taste due to the cleaning of the containers which I find fascinating. 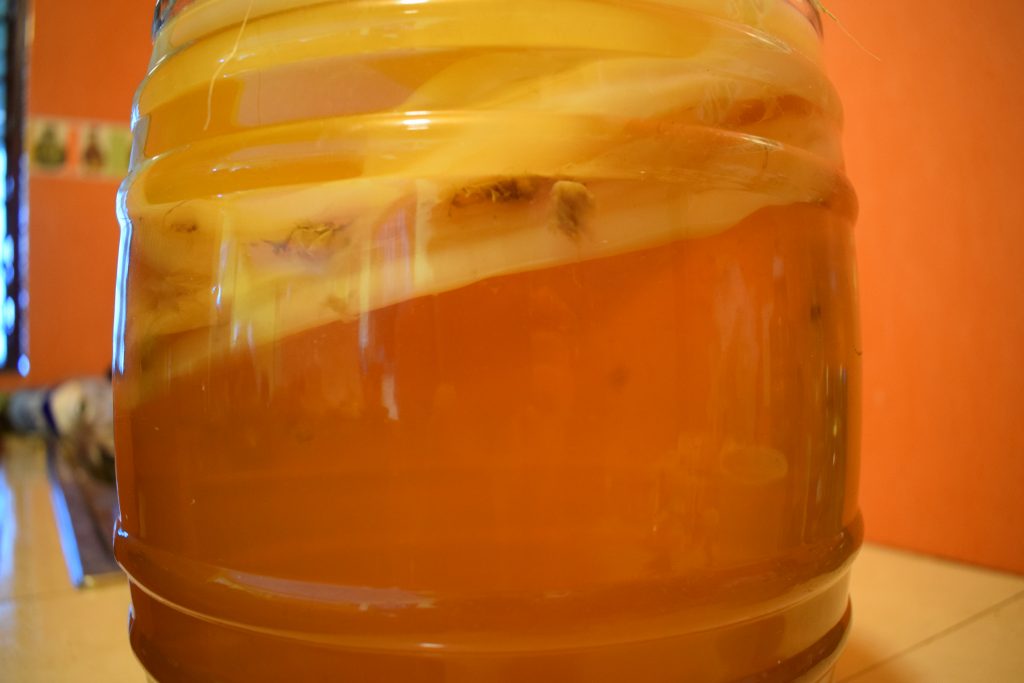 It’s been an interesting experience expanding my operation, as you can only expand as fast as the scoby can grow. There are things you can do to encourage expansion like splitting scobies and sacrificing brew to turn into starter. I’ve tried all sorts of methods and I’m to a point where I have 2 large 2 gallon brews and 5 small quart brews. I also now have a jar of kombucha vinegar which was done on purpose and a scoby hotel I keep away from my brew. It’s currently a scoby farm that I’m just not harvesting. I add tea every two months and the scobies grow while I live my life. 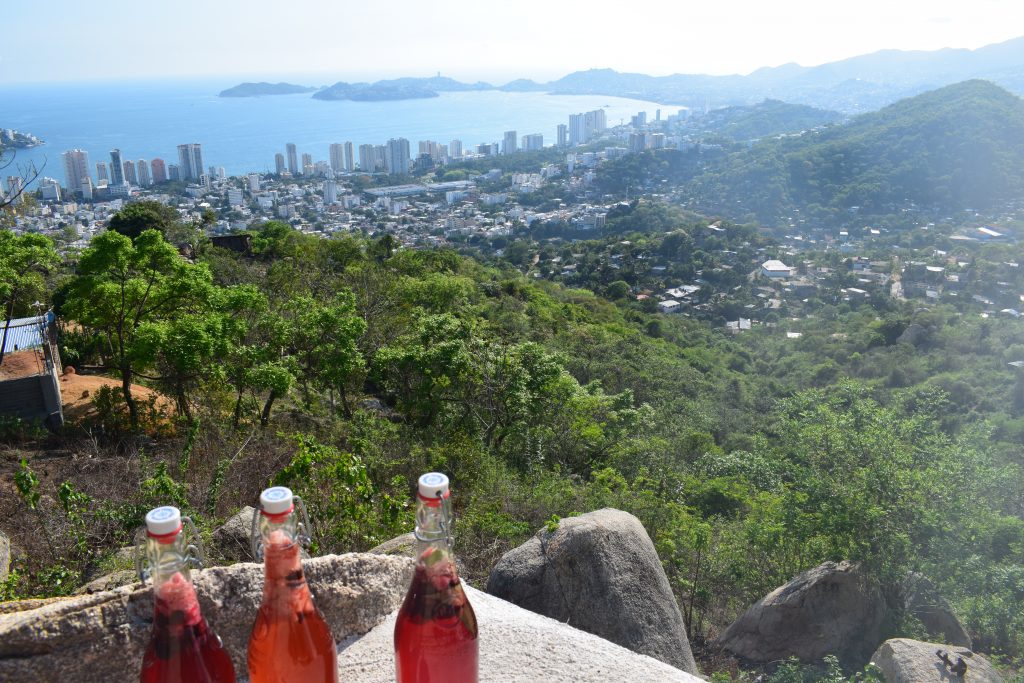 We tried several new flavors this time around, some I was impressed and some I wasn’t:

Strawberry Blueberry: sweeter than expected but could be due to several things, like cleaning of the vessel and the combination of the berries 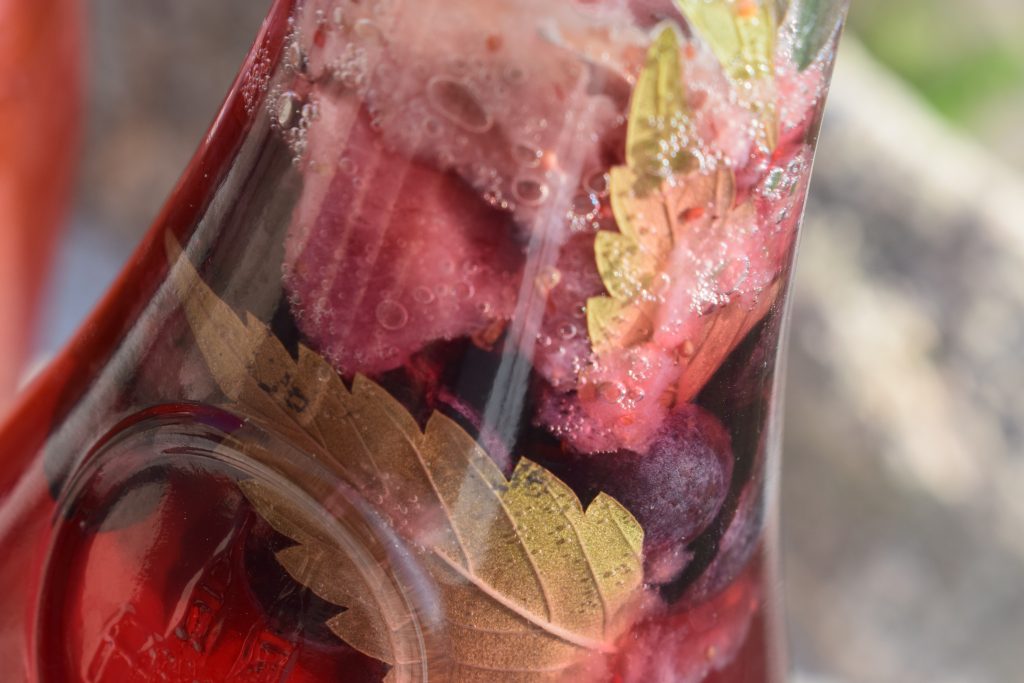 Strawberry Blueberry with Cannabis leaves (Lovingly dubbed weed berry booch): much sweeter than expected, lost most of the fizz when refrigerated which usually isn’t an issue for me. 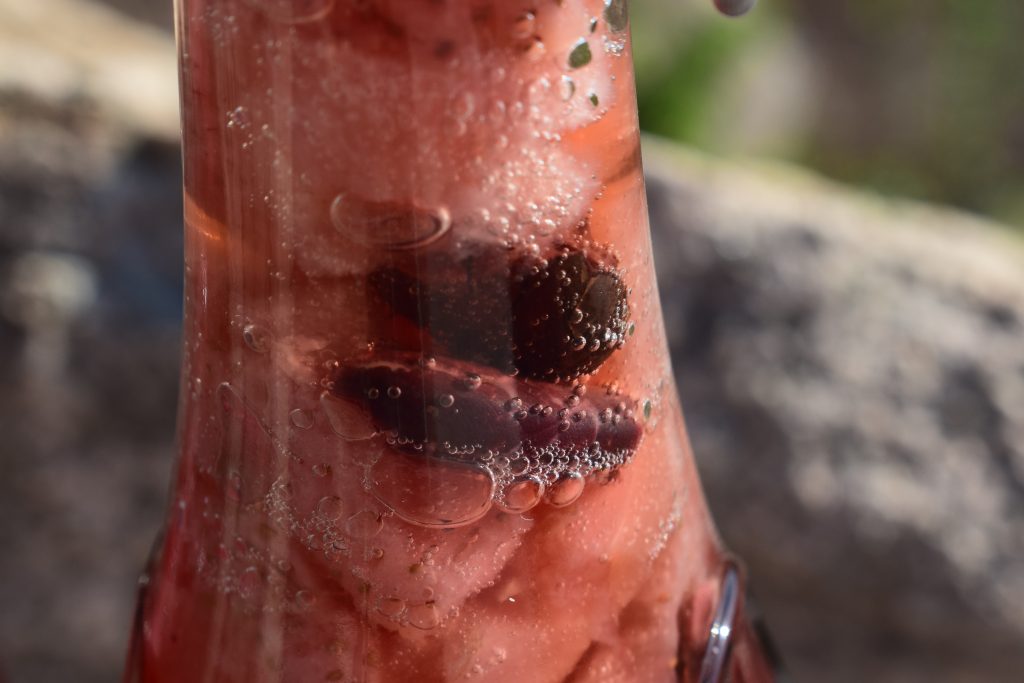 Strawberry Cacao:disappointing. I said something along the lines of “it tastes like someone put weed in the booch” and it does have an earthy tone which is a bit unsettling for my taste pallet. I won’t say not to do it, but I won’t be doing it again unless people ask me to.

Here’s a list of my favorite flavors I have tried so far. To flavor my booch, I put chopped fruit fresh or frozen into the pressure rated flip top bottle, then I fill to the top with kombucha. I don’t add sugar, but I do occasionally add things like cinnamon or ginger: 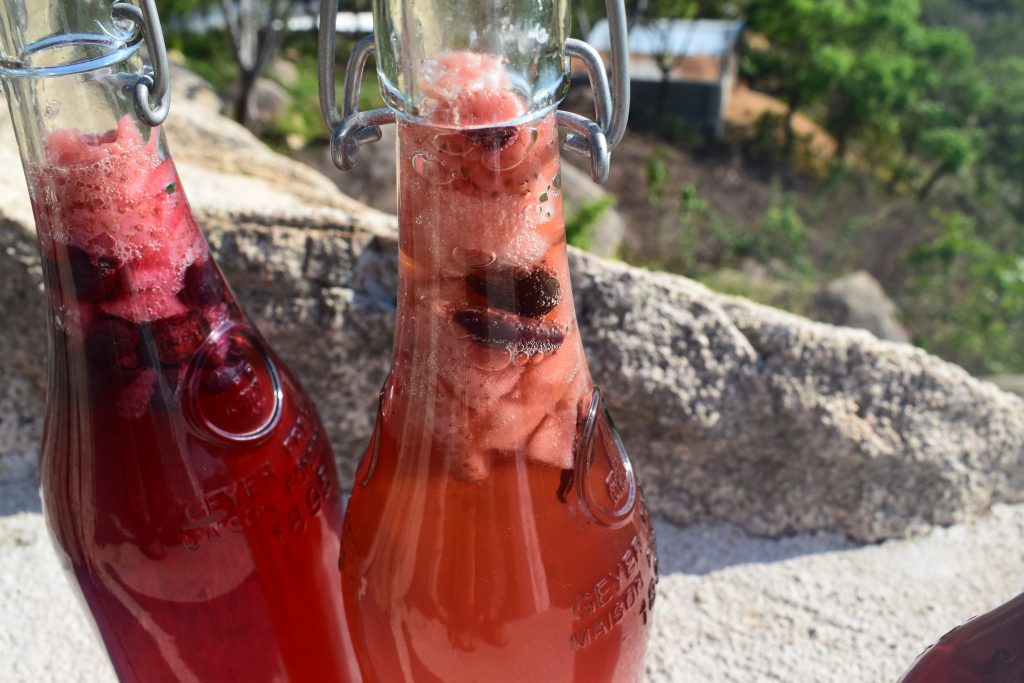 The experimentation continues and I’m still drinking booch throughout the days. It still settles my stomach when it’s upset and even settles digestive upset for me. It’s still a daily changing journey for both my brew and my body so I’m not really ready to give the definitive update on that fact. I will say it’s helping and that I’m excited to see at which point things start to level off for me in that regard. Stay tuned for that update! 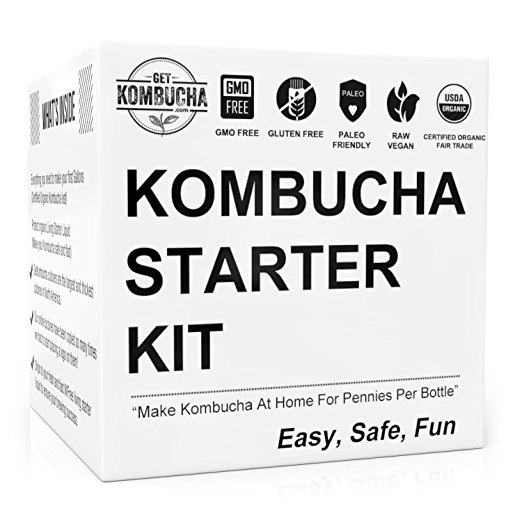 Get the starter kit here on Amazon!

If you’re on the fence about brewing, don’t be scared. You don’t need to buy a scoby if you’ve got access to original flavor store bought kombucha. There are many support groups on Facebook dedicated to helping brewers old and new with their adventures. I can answer questions as well as I’ve done a good job absorbing and organizing the knowledge I’ve learned about this brew. Just get started and see what happens!
Thanks for following and supporting us, until next time!

Try not putting as much fruit in there. I just use a little and it tastes good. Also, I brew mine for two weeks before bottling and then flavor and let sit for 4 days before putting in the fridge.