As a Cannabis lover, my first question when trying new things is almost always something along the lines of “Can I put weed in it?” I kid you not, as stereotypical as it is that’s where my mind goes. It’s been revolutionary for me as far as health is concerned, so it’s only natural that I want to find ways to incorporate it into all parts of my life. Finally today, I was able to try putting weed in my kombucha, in the form of leaves locally sourced from an anarchist friendly farmer. 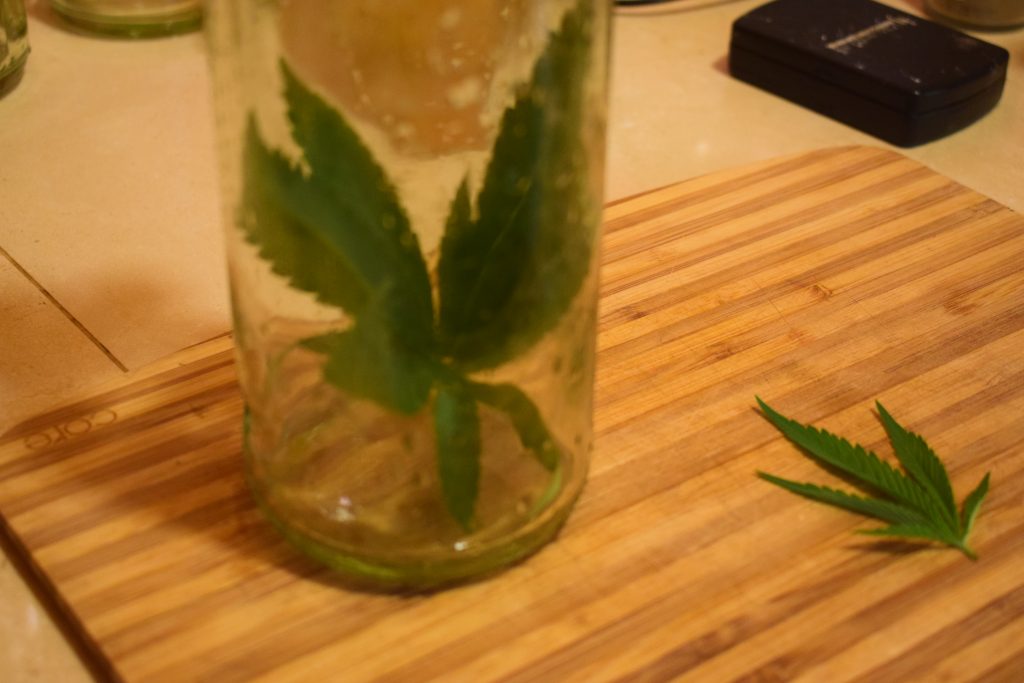 It started with a few leaves.  Some clean pressure rated bottles, meaning that they have that little red seal telling you they can handle the pressure from the fizzyness. I purchase bottles of sparking orangeade and encourage my English friend to spend too much money on fancy unpasteurized beer in flip top bottles to satisfy my need for them. 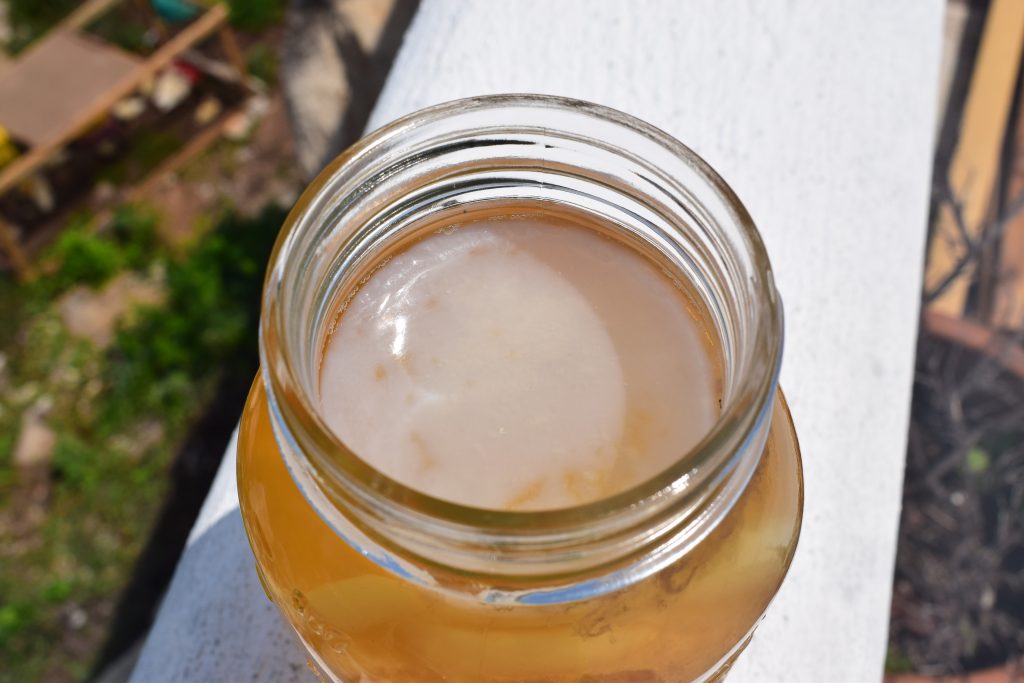 And some kombucha ready to bottle, these five quart jars are on day 5, ready to go. How long your brew takes is dependent on so many factors including size of vessel and climate. 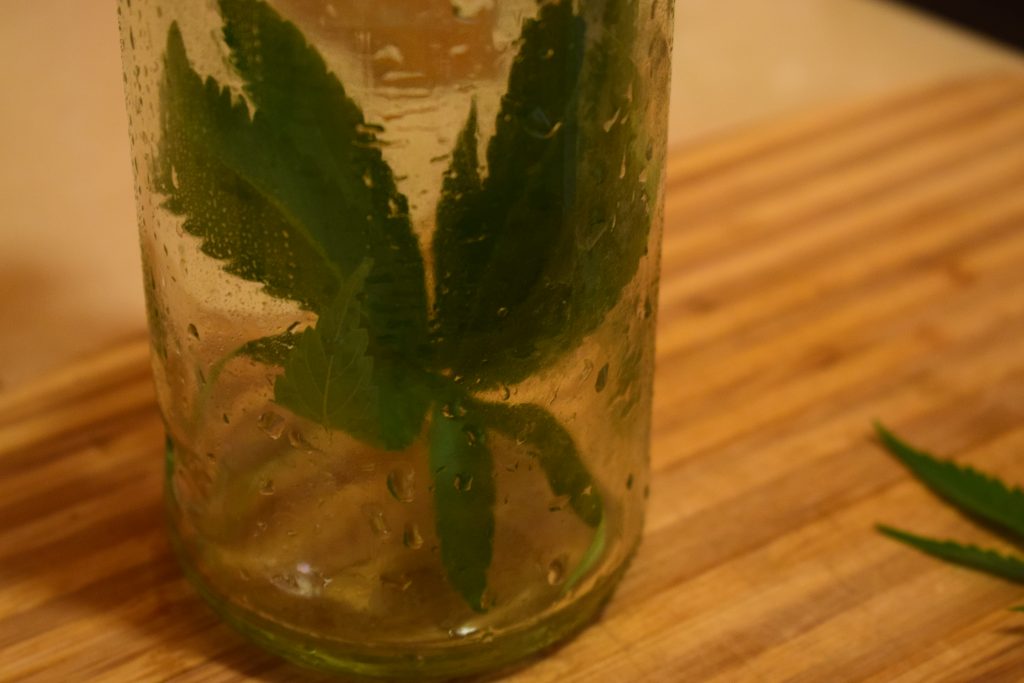 I’m not sure how easy it’ll be to get out but I just dropped the leaves in whole. I thought chopping it might lead to a strong taste that only my Cannabis muchnin’ anarcho-cannabis advocate Erika Harris would enjoy. So I decided to keep it mild , leave them whole and add some berries. 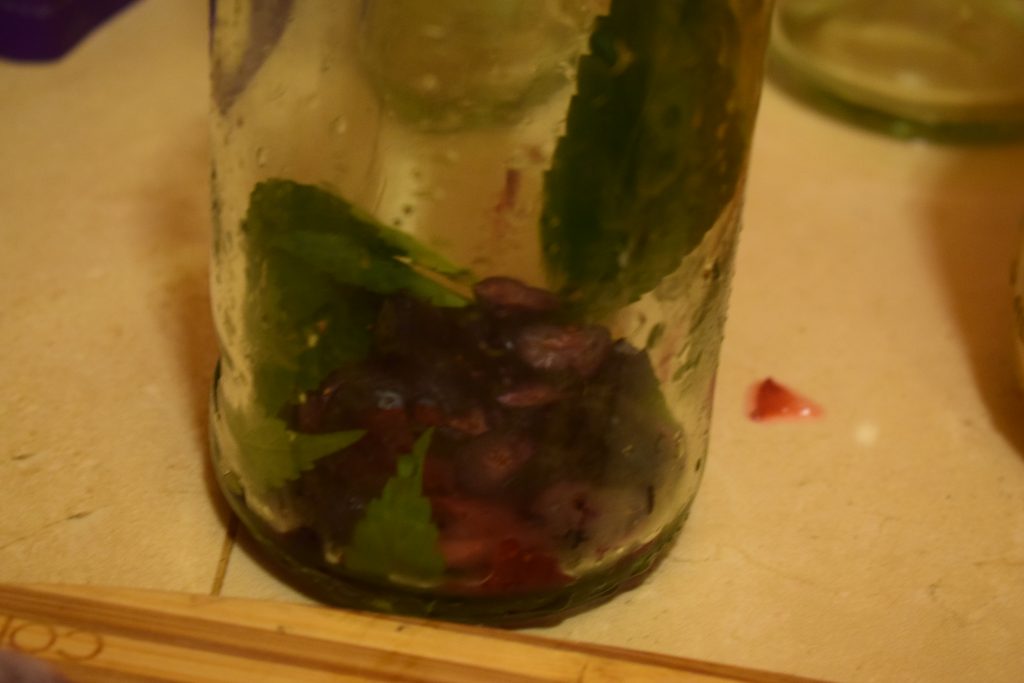 I call it Weed Berry Booch and I think it’ll be awesome. Now I’ve got to wait up until three days from now to try it depending on how strong I want my flavors and how fizzy I want my brew. 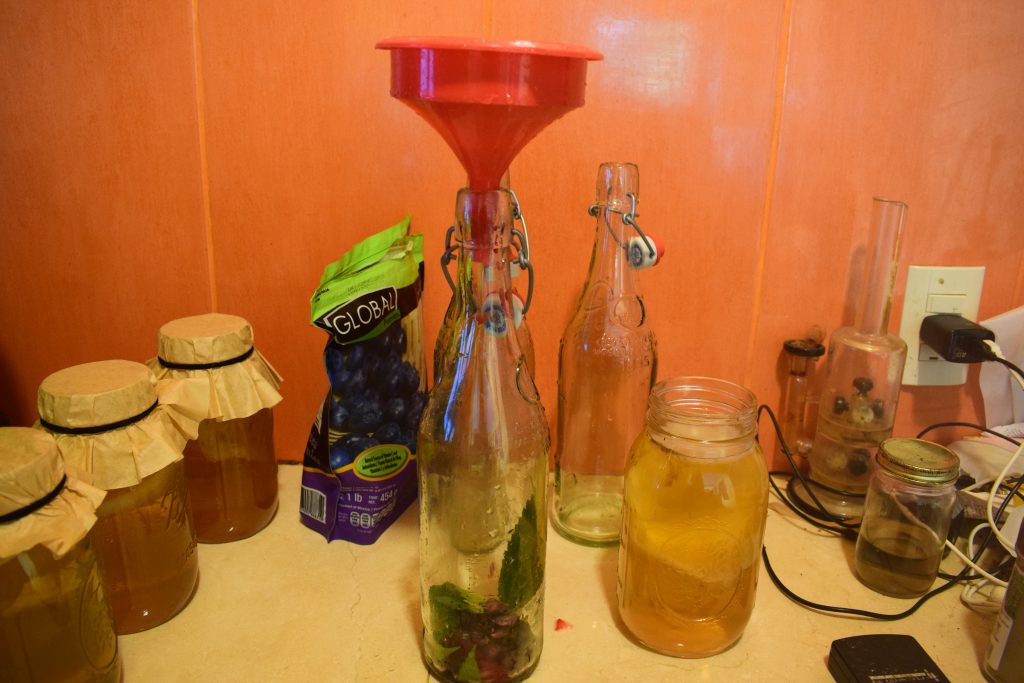 I use a plastic funnel to fill my bottles, washed just before use to make sure there’s no dust. Mexico is a dusty place and it really doesn’t take long for it to settle on everything, including clean dishes. 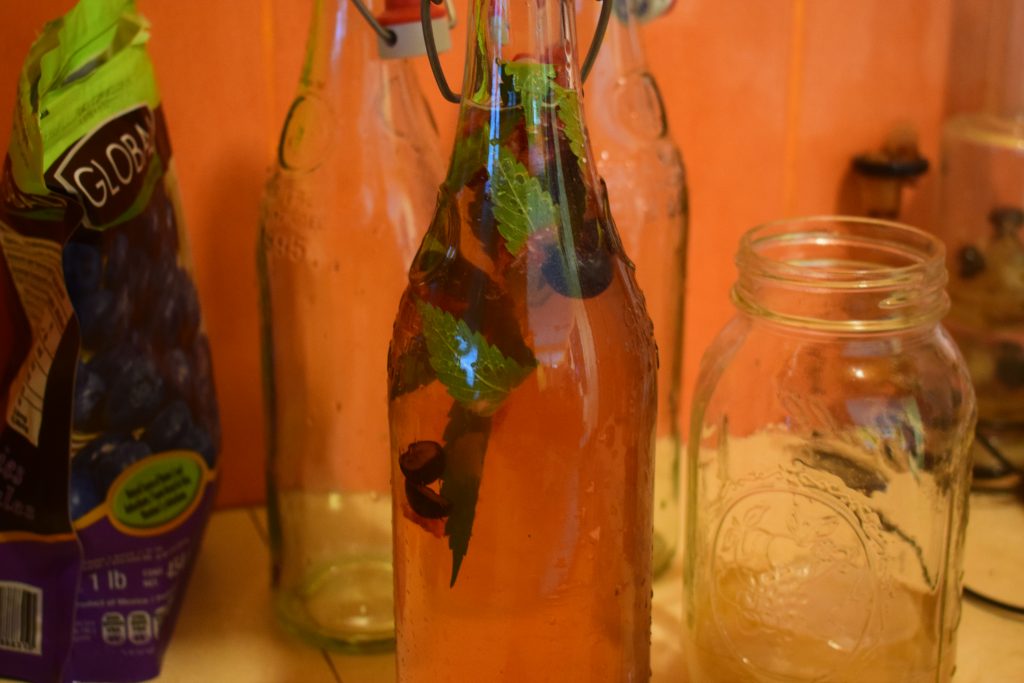 I personally strain my brew as I fill it to remove extra yeast strands. This leads to a lighter brew, which I prefer. Some leave the yeast but I think it leads to a more beery brew which isn’t what I personally like. It’s important to note that much of the fine tuning of kombucha is down to preference. I don’t consider the people who leave the yeast in to do things wrong, they just like that flavor profile! 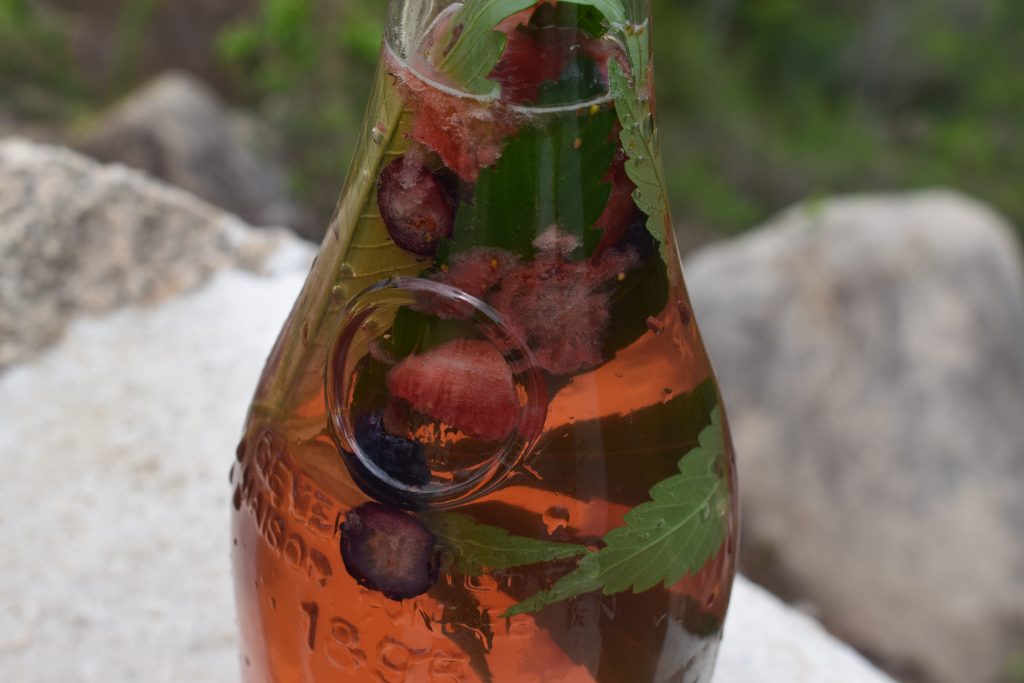 By the end of it, Weed Berry Booch should be a pretty purple color and hopefully it will have harnessed some of the medicinal effects from the cannabis. We’ve talked about getting more leaves to make a booch vinegar infusion, something to be used as a skin toner. It’s clear these two should be together, there just isn’t much out there on it right now!

It’s actually a pretty controversial topic as far as the internet communities are concerned. More often than not posts talking about cannabis infused booch get deleted sadly, probably in fear of government realistically speaking. It’s sad that a whole section of this kombucha world is getting ignored, even though it certainly exists.

For me, as far as flavoring is concerned I prefer using whole fruit, fresh or frozen. I’ve tried juices and purees and I just find I don’t like the end taste as much. I cut them small enough so they easy go in the bottle and despite what many think, my fruit doesn’t get stuck in the bottle. My bottles are remarkably easy to clean. 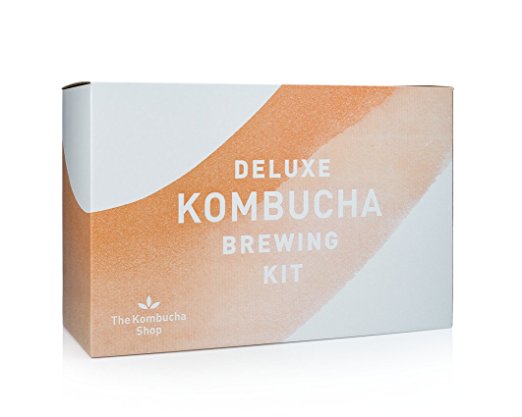 Get  the kit here on Amazon!

Some of the new flavors I’m trying this time are:

Stay tuned for the flavor and fizz results of the Weed Berry Booch and other new flavors. Next time I reveal my favorite and least favorite flavor combinations to date!