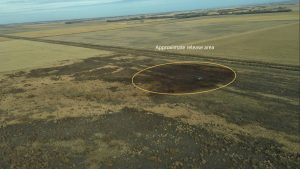 Over 200,000 gallons of crude oil were spilled on Thursday, due to a breach of the hotly contested Keystone pipeline near Standing Rock, North Dakota.

The reason for the spill was due to a loss of pressure inside the pipeline’s structure, which workers detected early Thursday morning.

The company who owns this part of the pipeline, TransCanada, alleges that the oil spill was contained within 15 minutes of its discovery.

However, according to department groundwater scientist Brian Walsh, the state Department of Environment and Natural Resources wasn’t notified of the leak until over four hours after the leak was detected. 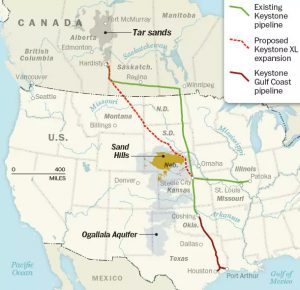 The spill occurred very near the Lake Traverse Reservation, which is not on Sioux property, but borders the reservation.

Dave Flute, tribal chairman for Sisseton Wahpeton Sioux Tribe, says, “We want to know how long is it going to take to dig this plume of contaminated soil and how can we be reassured, without a doubt, that it has not and will not seep into the aquifer.”

Official TransCanada spokespersons are trying to emphasize that the spill has not spread to lakes or streams.

Yet, it’s impossible to tell whether the groundwater will be affected by this new oil spill, which is the largest to date in this region.

The Keystone pipeline has carried crude oil from Alberta, Canada, all the way to the Southern coast of Texas. Since 2008, TransCanada has been working to extend the Keystone pipeline by adding a massive East-West branch that will nearly double the overall size and mileage of the current pipeline.

This extension, called Keystone XL, is the ongoing hotbed of violence and controversy between corporate expansion and the safety of both environmental sanctity and sacred native lands in the Dakotas. 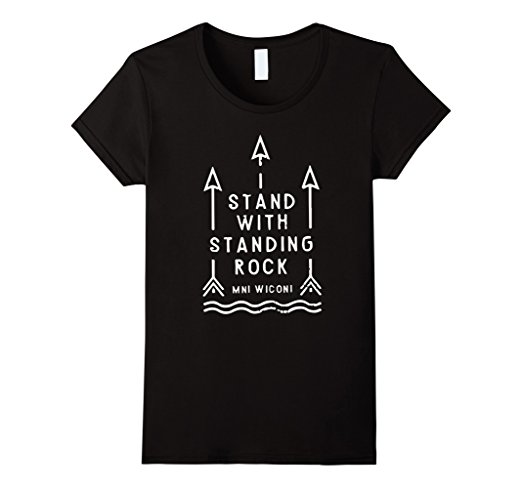 The Environmental Protection Agency is aware of the spill and is getting regular updates on the unfolding situation from the state of South Dakota.

“As Native American people, that’s why we’re opposed to pipelines. This is the reason why,” said vice-chair of the Spirit Lake Tribe, Douglas Yankton.

He continued, saying, “Even if it’s not near water, you’re still doing damage to the land. The land is just as sacred as the water.” 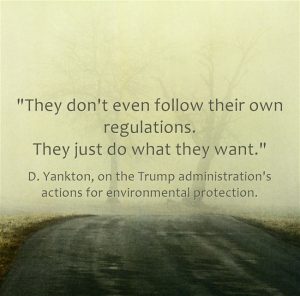 Environmental activism organization Greenpeace says this newest and worst-ever spill makes it clear that the new pipeline expansion should be halted. The hasty expansion of the Keystone crude oil pipeline can only risk the environmental safety of the Dakotas even more.

Tribal spokespersons make it clear that they do not trust the Trump administration to put environmental safety and water quality ahead of corporate profits.

President Trump’s administration officially issued a permit in March of this year which approved construction of the Keystone XL pipeline, despite fierce opposition from tens of thousands.

Disturbingly, the state of Nebraska’s Public Service Commission announced on Friday that this newest underground oil spill will have no bearing on their official decision to build the Keystone XL pipeline–which is occurring on Monday, November 20th.

According to a 2011 law, the Commission is explicitly forbidden from considering pipeline safety or the possibility of leaks into its decisions!

It’s just overwhelming. What action can we take? What more can we do to stand with Standing Rock?