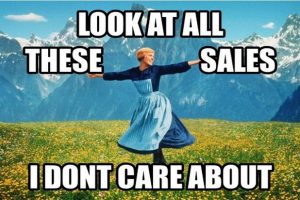 Every year, it seems like people get hyped up over holiday shopping earlier and earlier.

By Halloween, the Winter-holiday pressure is already on. You’ll hear Christmas carols being piped into department stores already.

Did you ever wonder why it’s called Black Friday?

Back in the days when bookkeeping meant using actual books; pens; and paper, shopkeepers would record transactions by color.

Red was for money owed or spent, while black was revenue–sales and profit for the business. By the end of the year, many of these books were “in the red”, and so offering one day of bottom-dollar sales on the day after Thanksgiving helped them get “back in the black” before the year’s end.

This may sound crazy–but the iconic vintage Santa Claus/Coca-Cola ads were actually part of a larger social conditioning, to get people to think of Christmas as a primarily commercial event. Santa’s traditional red-and-white garb actually started because Coca-Cola changed his costume to reflect their logo colors!

The focus of the holiday season in America was deliberately shifted toward buying more stuff, starting in the 1930’s.

Amazon.com started their Black Friday deals a full 13 days early this year–effectively telling people that they’d better start shopping even earlier than Black Friday to get the best deals.

When is enough enough?

At risk of sounding like a scrooge, I must point out that the way America celebrates Christmas (and/or other winter holidays) translates into higher profits for a plethora of industries. Consider the electricity required to run holiday lights all night; the decorations themselves; the extra travel; food; clothing; events; obligatory gift-giving…

I’m all for gift giving, but I take issue with the idea that more is better, and that it’s all gotta be brand-new; on-trend; and more than last year, too.

I don’t want to buy gifts that’s going to collect dust in a corner, or break in a mere month or two.

What if I told you that Black Friday deals are NOT always worth it?

I’ve long suspected that many items are gradually marked up in the weeks before Black Friday, so that retailers can say things like “75% OFF!” and still be truthful–technically.

Moreover, often it’s not the higher-quality things that go on sale, but the off-brand or more cheaply-made items.

Yeah, you might get three shirts for the price of one on a Black Friday deal, but all three of them are likely to end up in the landfill within a year. You’d have been better off paying more for one better-quality shirt, that will last you 5+ years.

The mentality of “if it breaks, just buy another” is no longer relevant for the modern world.

Have you ever priced typical “gift items” (i.e. fun stuff, non-essentials) in, say, April or August? I have.

Specifically, my teen wants a vinyl record player. I’m not usually an impulse-buyer, so I’ve been looking at them for a few months now.

I had bookmarked a specific one, for $42.00, on Amazon. Imagine my surprise when I saw that they were suddenly being advertised as “buy one get one FREE” this week, for Black Friday…but the price had changed to $89.00!

Not much of a “deal” for me–but a very good deal for Amazon’s bottom-line. They just want to get in the black, after all–right? 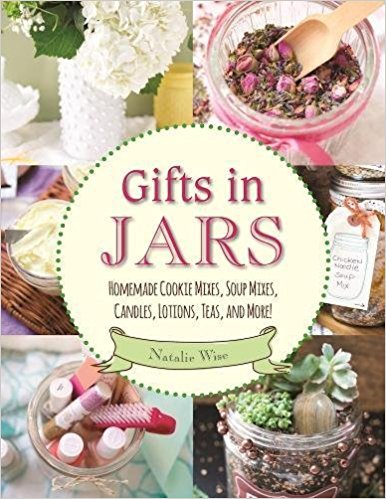 So, what can we do instead?

Consider participating in Buy Nothing Day instead of Black Friday this year. Buy Nothing Day first started 24 years ago, and it’s one way to silently protest the avalanche of consumerism.

Black Friday can be rough on retail employees, who would likely prefer to spend Thanksgiving evening at home with their family, instead of working crowd-control at Wal-Mart.

Yes, I know they “chose” to work in retail–but that doesn’t mean they deserve to be treated like machines. Besides, who wants to get up at 4am to wait in line for sales that aren’t even all they’re cracked up to be?

Be a conscious consumer, and consider purchasing experiences as well as quality items. Stuff makes waste, but experiences make memories.

Finally, check out this massive list of great non-toy gift ideas for kids that are useful, practical, and fun.

What do you think of Black Friday and America’s take on holiday spending?