Unschooling goes beyond education and learning–it bleeds over into every area of your life, eventually. So what does it look like to be unschooling food?

For many unschoolers, this means what you think it means–kids are given the freedom to eat whatever they want.

Many of you may now be picturing ice cream for every meal and nary a vegetable in sight–but the reality of food freedom doesn’t stay that way, even if it might begin like that!

Kids, like people of all ages, tend to be drawn to what’s forbidden, especially if there’s a fair amount of emotional energy surrounding those taboos.

For example, when I was a kid, my parents were health nuts of the low-fat, low-salt variety. However, sugar was not yet seen as the villain many now know it to be.

Unsurprisingly, I craved exactly what I was forbidden–things like bacon and potato chips! Never mind how many popsicles I ate on a daily basis…

Food freedom can actually work very well. If you think about it, freedom around food is basically how adults eat.

I personally know many kids whose parents have successfully removed food restrictions, and their children naturally select what amounts to a typical diet. It’s been studied before, and the results will surprise you!

Especially when you consider how much emotional shame and dysfunctional behaviors are tied to food—it’s really worth it to kill off the “Clean Your Plate” mentality.

Sometimes, my kids’ friends are used to much more rigid expectations about food from their parents, so they are confused when they eat at our place.

I have no desire to force them to finish their plate or carefully monitor what they are eating–and my kids are surprised that that kind of treatment is normal to them.

However, you might be surprised to learn that as much as I an a fierce advocate of freedom for kids, that I actually don’t give mine complete food freedom.

Why not?? Well, for starters, over half of my family is severely allergic to wheat gluten. By “severely allergic,” I mean gluten can’t be cooked in our pots, and we can’t have wheat crumbs on our counter-tops. 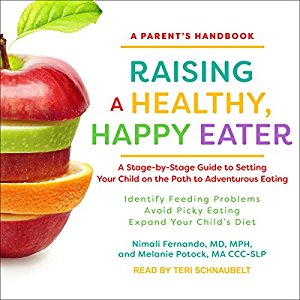 Wheat is a major illness trigger for us–and while we don’t have any official diagnoses, we do have our theories as to why.

As I’ve said before on this blog, health care is, to a large degree, self-care.

Furthermore, we believe that what now passes for “food” in this country has become so loosely defined, that it’s become unsafe to just eat anything and everything.

I know that’s a controversial belief, especially in the unschooling community. However, my kids are healthy and strong, and I don’t think that’s coincidence. They’re not suffering from a deficiency of white sugar or food dye.

Beyond severe allergies, no food is completely off-limits for any of us.

However, you also won’t find many “typical” packaged and processed food items in our pantry or fridge. We buy in bulk, and make a lot of things from scratch. There’s almost nothing in our house that is “open-it-and-eat-it”–which sounds like heresy for the typical American diet.

This is admittedly difficult, when the world is positively laden with so-called “foods” and “treats” that function like heavy hits of dopamine on kids’ impressionable brains.

It’s especially hard when we see the rest of the world eating “staples” that are in fact treats for us–things like bread and pasta, for example.

There are seven in our family, which means we are also not usually up for doing the short-order-cook thing.

“This is dinner, and no, you can’t eat up something else in the fridge instead–because then you’re taking away ingredients for what I’d planned to cook tomorrow.”

Do I buy my kids “fun” snacks of their own choosing? Absolutely. Do we have snacks on hand constantly? Not at all. There is little room for picky eaters in our budget or our schedule.

We feel that our avoidance of most processed foods strongly correlates to our family’s health and wellness, both short-term and long-term.

In the absence of guidance and “soft limits” (practical things, like limiting the amount of foods you buy that are not health-promoting), I think it’s unwise to blindly surrender to the consumer-driven food industry’s whims.

Even for adults, it’s nearly impossible to make food choices that aren’t influenced by corporate bottom-lines, advertisements, and “informative” double-speak that’s designed to obfuscate the facts.

It’s a known fact that modern “food products” are explicitly created to promote addiction, with no regard to health (or perhaps even safety, as many American foods are banned in other countries).

Personally, I’m keenly interested in avoiding the chronic and debilitating health issues that are becoming ever more common in America.

There’s also no dearth of studies showing how damaging it is for kids to be controlled and coerced around food, for any reason–so I’m keen to avoid that, too.

To be clear, complete food freedom is unequivocally healthier than being the food police to your kids, even if they don’t always make the healthiest choices.

Unschooling is about removing rigid and arbitrary control, first and foremost–and that naturally extends to the food we eat. The dinner table shouldn’t turn into a battlefield for any reason–it’s simply not worth it.

So, quit forcing your kids to clean their plates, and start unschooling food!