Should you Eat with Your Hands?

If you ask most people, eating with your hands is a savage thing to do. I’ve even referred to my own eating habits as such, since I adopted hands only eating about a month after the carnivore diet. It just felt natural, eating meat with my bare hands instead of fiddling around with a knife and fork. I either cut food to bite sized pieces before or after cooking to save myself trouble. 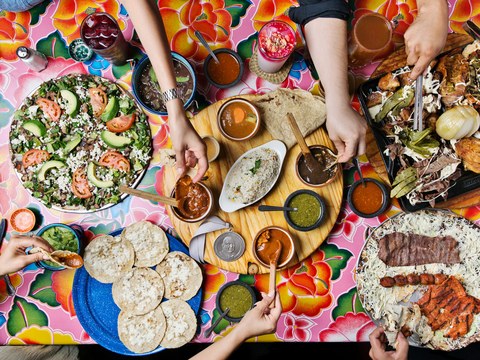 Eating with your hands is something that’s actually practiced in a lot of cultures worldwide. Having lived in Mexico three years I’ve noticed that the majority of locals eat with their hands, often using a tortilla or bread to pick up messy food instead of a fork or spoon. This is even more widespread in places like India, Africa and the Middle East in general. Each area has their own set of accepted manners as far as eating is concerned, but using your hands is always key.

It’s been about a year since I’ve really eaten with utensils on a regular basis. When I bought new things for my kitchen when I had to start over completely, I only bought one fork and one spoon, neither of which I use. I only did it because it felt more natural, but looking into it I’ve realized that there’s actually a lot of benefits to this practice, it’s not just about being savage!

In Auyrveda many believe that the hand is the “most precious organ of action”. According to them, each finger is an extension of the 5 major elements of life: thumb finger is space, forefinger is air, middle finger is fire (LOL), ring finger is water, and the little finger is earth. As far as actual science is concerned there are nerve endings in the fingertips that when stimulated promote good digestion. 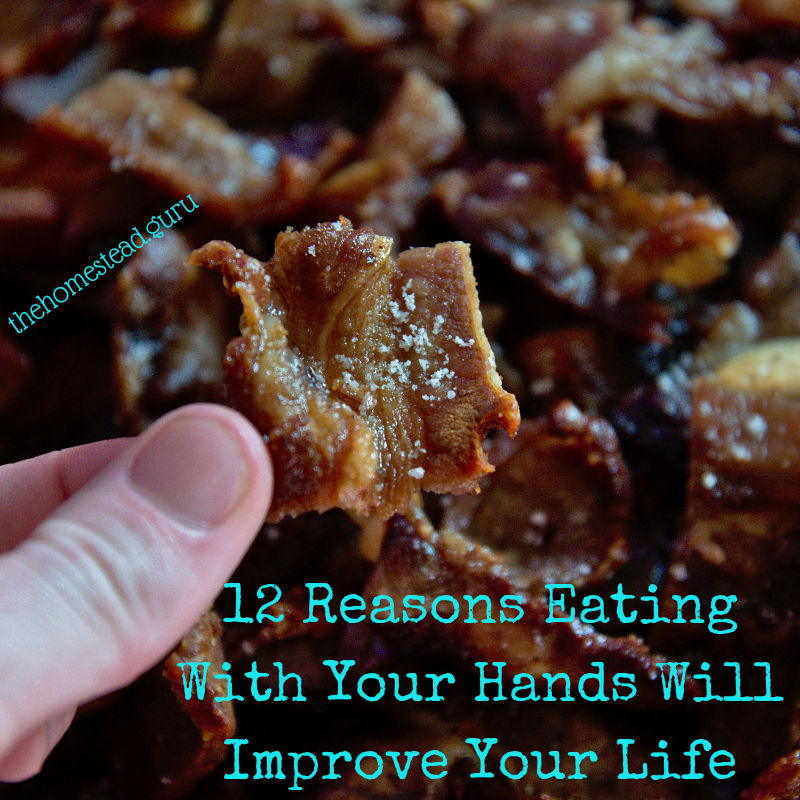 Just think about it. How many times have you had to clumsily use a fork, spoon or even chopsticks to pick up something that you could have just popped in your mouth with your fingers? Everything from peas to meatballs would be better eaten with the best tools we have on us, our incredibly useful hands. Now when I use a fork, I feel clumsy with it because it just doesn’t feel right.

More from the Homestead Guru: New Study: Women Sleep Better With A Dog in the Bed(Opens in a new browser tab)

When you eat with your hands, you eat slower. This allows you body to have time to send proper “I’m full signals” which often don’t come until after it’s too late for most people. Managing portions could help you loose weight, or at least save money!

It’s not push-ups but eating with hands is still exercise. You stimulate the fingers which promotes proper blood circulation.

Believe it or not the bacteria found on your hands actually is good for you and aids in digestion. When you eat with a fork, you rob yourself of a dose of good gut bacteria.

More from the Homestead Guru: Five Reasons to Get Naked in Your Garden(Opens in a new browser tab)

A study was done recently that determined that those who have Type 2 Diabetes and tend to eat with utensils often eat faster than those who eat with their hands. This leads to an obvious spike in blood sugar which is not good for people with Type 2 Diabetes.

Believe it or not it’s more hygienic to eat with your hands. The logic is simple. How many times do you wash your hands a day? For me easily 20-40 times. I wash my silverware once, at most.

By eating slower and managing portions you’re likely to lose weight in the process!

More from the Homestead Guru: Rebel Canning: How to Make Your Own Tactical Bacon(Opens in a new browser tab)

When you touch your food before eating it, it send proper neurological signals to your brain that lets you know it’s time to eat. This signals your brain to start producing and releasing proper digestive enzymes which also aids in better digestion.

It just feels natural and if you’re the type that you don’t like being dependent on things for your happiness, this way of eating is something you should try!

Ever eat something too hot and you either have to spit it out or shuffle it around like the ball of fire it is?! Eating with your hands solves that, you know exactly what you’re getting yourself into before you do it.

Such a long list and I had no idea until a weeks ago when I saw someone’s post about the auyrvedic theory on it. Now I have a much better understanding of why I do what I do, not that I had any intention of stopping anyway!!

8 Reasons Eating with Hands is Awesome

Here’s Why Eating Food With Hands is a Healthy Idea

Lessons From India: Benefits of Eating with Hands

Fermented Sauerkraut: How to Make It + Other Tips ⋆ HG

[…] More from the Homestead Guru: 12 Reasons Eating With Your Hands Will Improve Your Life(Opens in a new browser tab) […]

How to Eat Acorns: The Absolute Easiest Way ⋆ HG

[…] More from the Homestead Guru: 12 Reasons Eating With Your Hands Will Improve Your Life(Opens in a new browser tab) […]