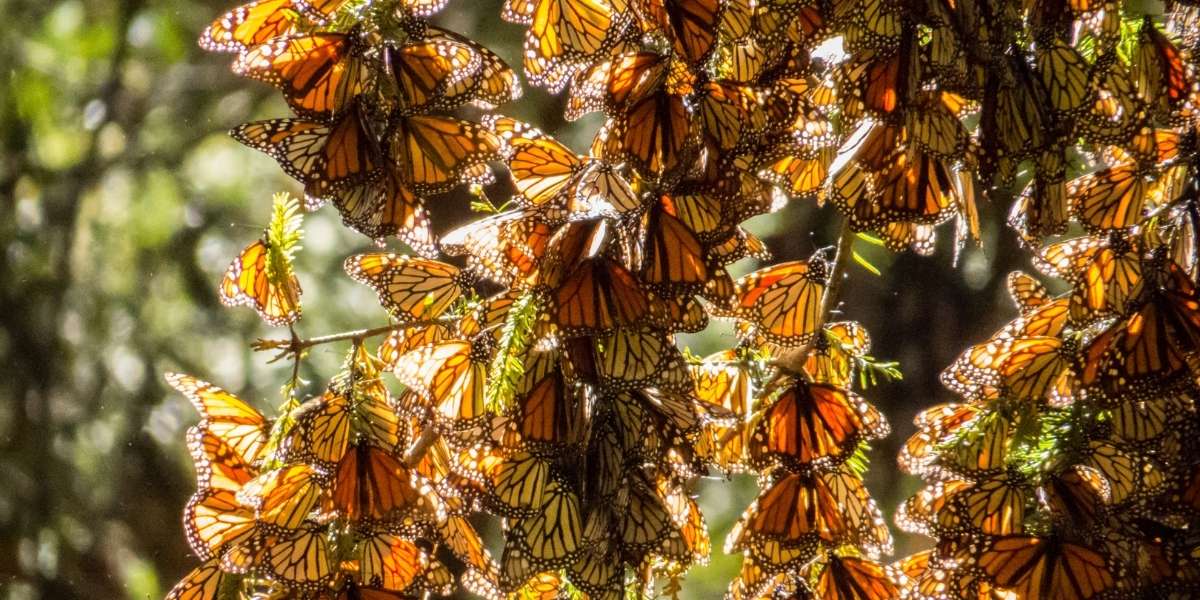 What do we know about the Monarch Sanctuaries History?

There is only a very limited amount of Sanctuaries devoted to the arrival of the Monarch Butterflies into Mexico. The highlands offer a chill, fresh environment for the monarchs to hibernate. Their journey from Canada takes hundreds of miles and many, many months across the vast deserts of North America. Many die in the journey and yet millions make it to the cool mountains of Central Mexico.

It has been a beautiful spectacle for those who have ventured to these sanctuaries. Who knows who were the first humans to ever notice their yearly path across the skies, and observed them taking the woods as their shelter and home.

The Beginning of the Monarch Sanctuaries History

Just think about it, thousands of years ago America was populated with hunter gatherers from Asia and their descendants scattered across the fertile regions of the continent. Some of them became farmers, others remained the same. Cities were built and the land was cultivated and some of them were erected very close by to these sanctuaries. But they perished long ago, taken down by the Spaniard Armies, who instead dug mines across the mountains and exploited the forests for wood.

It wasn’t until recent times that the Monarchs became object of preservation. The sites were rediscovered in the 70’s and served both research and tourism. The locals surrounding these sanctuaries were quite aware of their migration for centuries, but the government was devising a social plan to profit from the butterflies and to “protect” their habitat.

No Need for Monarch Sanctuaries?

Before modern times there was no need to protect the Monarch Butterfly Sanctuaries from people. There was no wood, nor serious mining industry. However, nowadays all the forests of Mexico are subject not only to legal exploitation but to cartel control. Illegal logging clashes with local government and people die because of wood. Mexican Armies are hired to secure this illegal logging, cartels and federal army work together, despite formal policies sworn to UNESCO and Mexican law. And local governments stand weak, incapable of protecting anything.

The most ancient peoples surrounding the Monarch Butterfly Sanctuaries are the Mazahua, or “deer people”. A people that once dominated the borders of modern Michoacan and the State of Mexico, they secluded into the mountains to live an almost totally isolated life from the bustling cities. Their language is one among the hundreds of non European languages spoken in Mexico, and they have little to no genetic admixture with Spanish, European or any foreign ethnicity. 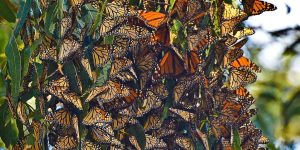 They’re catholic, and yet many of their Pre-Hispanic customs and beliefs have blended with the catholic religion. Like day of the dead, a Roman catholic festivity, they honor the arrival of the dead by honoring the arrival of the Monarch Butterflies, “xepje” in mazahua, deeming them as the spirits of their ancestors, coming from the dark north, which was thought to be the direction of the underworld, and bringing the venue of the gods to harvest the crops of autumn.

However, industry and technology have favored the hispanization of these areas, and as time goes on, urban areas surrounding these sites continue to grow.

It can all be resumed to politics, as Aristotle said, “we’re political animals”. the Sanctuaries have become object of research, tourism, monopolies and war. In other words, politicization. And, even though their habitat has become somewhat compromised due to industry, they’re pretty much oblivious to human action. Most likely humanity will extinguish before the Monarchs face any substantial crisis as a species.

Check out Lily Da Vine’s recent take on their trip to the sanctuary featuring a video tour!

And check out Lily Forester’s post from last year about it!

And to learn more about the sanctuary, go here