Earlier this year, the Colorado state house passed a bill that would lift the ban on rain water collection in the state. The bill passed with a margin of 61-3. The bill was then passed by the senate in a vote of  27-6. A similar bill was stalled in the senate in 2015.

Colorado is currently the only state in the Union that had such a law on the books. At this time residents of homes or apartments can now have up to two 55 gallon rain water barrels on site. The water is only to be used for outdoor use and on their own property

The original logic behind the ban is that it would remove water from the local ecosystem, including rivers, lakes and ponds:

“It’s actually stealing,” Sonnenberg, chairman of the state’s Senate Agriculture, Natural Resources and Energy Committee, told The New York Times last year. “You might say, it’s a little bit of water, just a barrelful, how much damage could that do to someone downstream?”

While this might be true temporarily, the University of Colorado suggests that the water will be re-used in the garden and go right back into the water table, just a few days or weeks later.

While Colorado is paving the way on our right to medicinal and recreational plants, they seem to question if property owners have a right to water when it arrives on their roof via rain.

The Governor signed the bill into law in May of this year. The agreement made with Colorado farmers in order for the law to take affect includes a provision that will allow the State Water Engineer to curtail the use of rain water collection if it proves to negatively affect the farmers down stream. 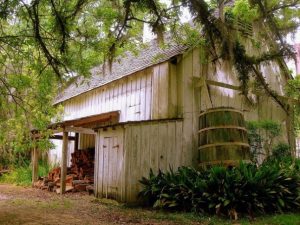 I would make several comments about this issue with the number one being… who ever granted rights to any person or entity to “own” rain? Can you own the air we breathe ? The idea that someone can own rainwater is to me insanity of the highest order. Fair enough if someone was damming the flow of water however to suggest that collecting a few gallons of roof run off will affect farmers is ridiculous. And on the farming issue I would suggest that mono-culture and modern farming methods are incredibly wasteful and inefficient users of water. The farmers should… Read more »

In Nevada it is also illegal to harvest rain water! Southern Nevada has been under severe drought and still its illegal. One of the main reasons is that they give for it is that it decreases the water table, which is of course Bull , seeing that most of us would use it for Landscaping , which in tern releases it back into the water shed system, etc…they want us to be slaves to the water district. They asked us to conserve water and we did and then they asked and got several water rate increases. They keep building developments… Read more »

If the rain falls on my property…its mine. I will keep it all and use it how I see fit. I shouldnt have to ask the govt permission to use rain water. The govt is getting to the point where it thinks IT owns everything. Remember govt…you dont own anything…the public owns it.

If there was a severe drought, I can see a reason for such a ban. Otherwise, nobody “owns” the rain. The government has gotten completely out of control in saying what they own or what we have to pay them for.

Is it possible that they fear losing money for the water we have to purchase. That is the reason I collect rain water. I can’t afford to pay for water for my garden. Those $3 tomatoes make gardening too expensive!

Whoeveres property the rain falls on is who God sent it to. soon they will say we are not allowed to breathe deeply for fear of stealing air. Craziest thing I have ever heard of

Was such a stupid law.
Real reason was to increase revenue via increased water usage in municipal water systems along with some strange logic that land owners down stream have the right to water that falls from the sky on your own property. So the mouthpieces blurt out such garbage as this is esentally stealling.
I Hope someone is intent on essentially stealing Sonnenberg’s seat.
We need this kind of Brain Sturgeon like we need more coal plants.