What if I told you that trees sleep and talk to each other?

Nope, this isn’t some Lord of the Rings tale or the latest vegan (breatharian?) manifesto--it’s science!

Plants go through physiological changes during each stage of the day, says Janet Braam, a plant biologist at Rice University.

For example, “We know that plants use the clock to be able to monitor day length and thus can prepare for seasonal changes (like winter) before the weather actually changes.”

Indeed, plant behavior is tightly controlled by the sun. Plants can anticipate the dawn each day and will bend their leaves and stems to follow the path of the sun.

In this latest study, a team of researchers from Austria, Finland and Hungary measured the sleep movement of fully grown trees using a time series of laser scanning point clouds consisting of millions of points each.

“Our results show that the whole tree droops during night which can be seen as position change in leaves and branches,” says one of the researchers.

However, it is unclear whether the trees were “woken up” by the sun or by their own internal rhythms. The fact that some of the branches started moving to their original position before sunrise supports the latter idea, but further experiments are needed to know for sure.

One man has taken this research into plants’ rhythms even further: He asserts that trees have friends and families, feel lonliness and pain, and even communicate with each other via something he’s dubbed the “woodwide web”.

Check out this TED Talk by Suzanne Simard, a Forest Ecologist, about how trees communicate:

Peter Wohlleben has worked in the German forests as a Waldmeister (like a forest ranger, but more focused on sustainability) for over 30 years. He has written an incredible book called The Hidden Life of Trees. Recently published, it’s already a bestseller in Germany and on Amazon.

Although he speaks about trees as if they were human, and even calls chopped wood “tree bones”, he’s quick to correct anyone who’d call him a “treehugger”, as seen in this video interview.

Wohlleben is just one of many scientific-minded people who recognizes the extreme complexity and interconnectedness of the natural world. 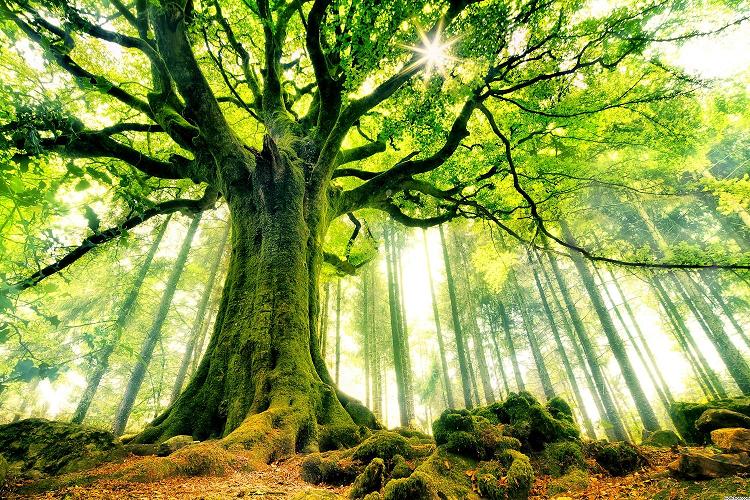 The Woodwide Web: How Mushrooms Invented the Internet | Homestead Guru

[…] Do Trees Sleep at Night? New Research Might Surprise You!(Opens in a new browser tab) […]